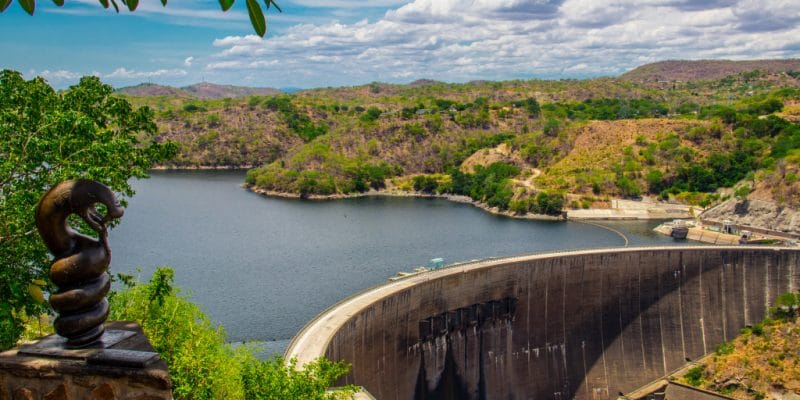 The Zimbabwe Electricity Supply Authority (ZESA) has announced the resumption of rehabilitation work on the Kariba hydroelectric dam. This work is expected to cause load shedding in Zimbabwe and Zambia, as the dam serves the two East African countries.

This was expected. The work resumes on the Kariba dam, located on the border between Zimbabwe and Zambia. The announcement is made by the Zimbabwe Electricity Supply Authority (ZESA), preparing Zimbabweans for the resurgence of load shedding. And this phenomenon should also occur on the Zambian side since the two countries share this facility.

“Following the request of the Zambezi River Authority (ZRA) to reduce generation levels at the Kariba North and Kariba South power stations, some units at the Kariba South power station (in Zimbabwe) will be taken out of service on a daily basis to allow for the completion of work on the dam wall, resulting in reduced generation levels and reduced load,” ZESA warns. The government agency is therefore urging Zimbabweans to consider these new measures as they face increased load shedding.

Rehabilitation of the spillway

The rehabilitation work that has been underway for several years has been stopped in December 2021 to reduce the impact of load shedding. The dam is being rehabilitated by GE Hydro France, a company based in Boulogne-Billancourt and subsidiary of the American group General Electric, and by Freyssinet International, based in Rueil-Malmaison and subsidiary of the French giant Vinci. The project involves the rehabilitation of the spillway.

The spillway of this water reservoir consists of six gates placed in the upper part of the concrete wall of the dam. It is from these gates that water is released into the plunge pool to manage the water levels in the reservoir. According to ZERA, the work will have to stop again on January 25th, 2022. The entire work will require an investment of $294 million.

The purpose of the work is to allow the dam to regain power after a 600 MW drop due to its dilapidation. The dam operates with two power plants. One on the south bank belonging to Zimbabwe (1050), and the other of 960 MW on the north bank, injecting its production into the national electricity network of Zambia.