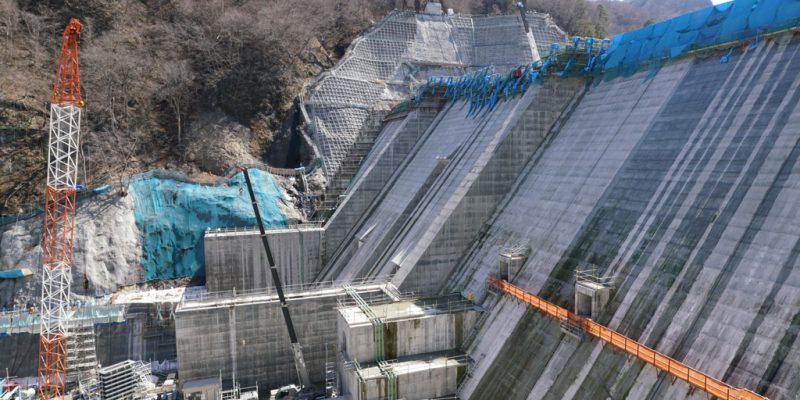 The Gwayi-Shangani Dam construction site will be delivered in 2022 instead of 2021 as originally planned by the Zimbabwean authorities. The delay is due to the health crisis caused by the Covid-19.

Workers at the construction site of the Gwayi-Shangani Dam recently received a visit from the Minister of State for Provincial Affairs of Bulawayo and Matabeleland North. Judith Ncube was on hand to inquire about the status of this flagship project for the supply of drinking water in the city of Bulawayo, located in Matabeleland North Province.

According to Judith Ncube, the Gwayi-Shangani dam will finally be commissioned in 2022 instead of December 2021, the date originally planned, due to the global health crisis caused by the coronavirus, which has blocked the progress of the work. The Government of Zimbabwe considers this to be a flagship project which should help to sustainably stem the problem of drinking water supply in the districts of Bulawayo, Binga, Lupane and surrounding areas.

A reservoir of 634 million m3 of water

The construction of the Gwayi-Shangani Dam is part of the Matabeleland Zambezi Water Project (MZWP) whose overall objective is to end the permanent water shortage in the arid province of Matabeleland North. The Government of Zimbabwe has entrusted the construction of the Gwayi-Shangani Dam to China International Water and Electric Corporation (CWE), a subsidiary of the global giant China Three Gorges Corporation (CTE).

The reservoir is being built about 6 km downstream of the confluence of the Gwayi and Shangani rivers (tributary of the Zambezi River) in the Hwange district. The roller compacted concrete gravity dam will rise to a height of 70 m and extend 305 m in length. With a maximum depth of 59 m, the reservoir will be capable of holding 634 million m³, almost twice the total capacity of the six supply dams in the Matabeleland South.

A hydroelectric power plant will also be built near the dam, with a capacity of 10 MW. From the dam, the water will be piped to the city of Bulawayo. This project will require a total investment of 120 million dollars. According to CWE, the Gwayi-Shangani Dam will enable the socio-economic transformation of the living conditions of the surrounding communities.