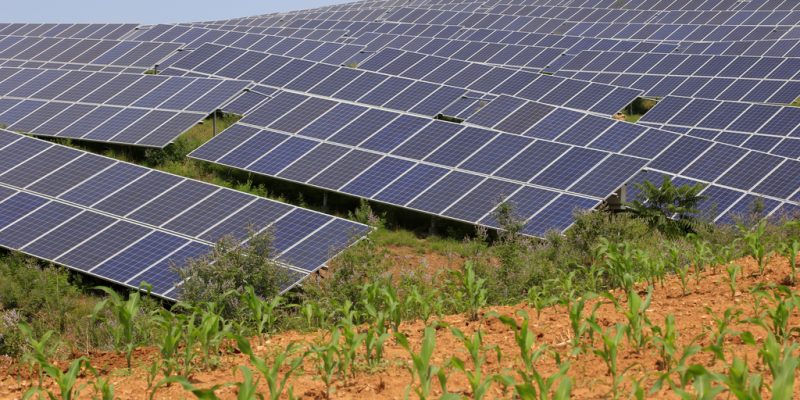 Residents of the town of Chiredzi in Zimbabwe’s Masvingo province will soon have better access to electricity. Triangle Solar System (TSS), a local company, will soon set up a 90 MW solar power plant in the city. The project has recently been approved by the Zimbabwe Energy Regulatory Authority (Zera). The electrical installation will be located approximately 12 km west of the TSS headquarters.

The Chiredzi solar power plant will be deployed in two stages, with a capacity of 45 MW per stage. “Based on an annual global irradiation of 1,760 Kw / h per m2, a solar photovoltaic system with a capacity of 45 MW should produce approximately 73,896 MWh of electricity annually, of which 66,500 MWh will be sold to the national grid” says Paradzai Chakona, director of TSS. As a result, the electricity import bills of Chiredzi in particular and Zimbabwe in general will be significantly reduced.

The country is currently facing an increasing shortage of electricity, due to a lack of production. Zimbabwe also imports a significant amount of electricity mainly from neighboring countries, including Mozambique, South Africa and Zambia.

The Chiredzi electrification project will also create more than 300 jobs. It will require $ 88.1 million in funding from the TSS, the equivalent of about 31.9 billion Zimbabwean dollars. The investment will be used to prepare the ground. It will also be used to acquire materials, equipment, connection to the network and civil works.

TSS plans to deploy the project within six months from the start date. “We plan to start construction in September or October 2020, before the start of the 2020/2021 rainy season. If all goes well, it will be completed in the first half of 2021,” said Paradzai Chakona, director of Triangle Solar System (TSS). After the Chiredzi electrification project is completed, TSS plans to build more photovoltaic solar power plants in Zimbabwe to address the power shortage.