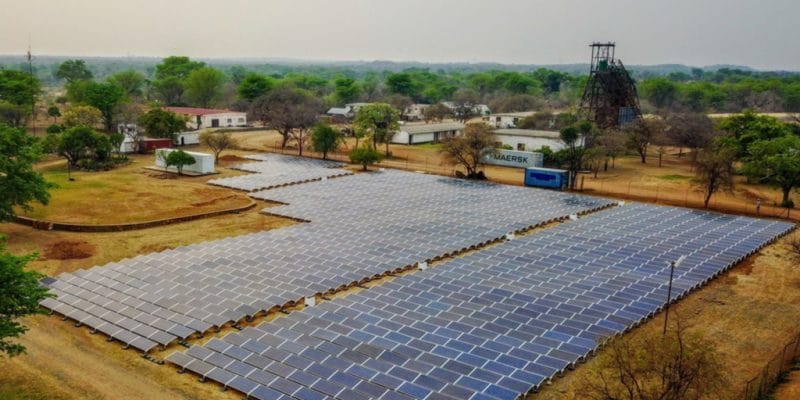 A solar project proposal has been submitted by Power Ventures to the Zimbabwe Energy Regulatory Authority (ZERA). The independent power producer wants to build a 107 MW photovoltaic solar power plant in Hwange in western Zimbabwe.

A solar power plant may emerge in Hwange, a town in northern Matabeleland province in western Zimbabwe. This will depend on the decision of the Zimbabwe Energy Regulatory Authority (ZERA). The utility recently received a solar project proposal from Power Ventures. The independent power producer (IPP) wants to build a 107 MW photovoltaic solar power plant in the Chidome Ward district.

Power Ventures also proposes to connect this solar power plant with an 88 kV transmission line 75 km long. The electricity would be fed into the grid from a 32 kV substation that already exists in the Hwange district. The energy produced by the Hwange solar power plant would be sold to Zimbabwe Electricity Transmission and Distribution Company (ZETDC), the company that provides the public electricity service.

Power Ventures would like to start the project directly after the opinion of the ZERA. The company also indicates that the project should create 1,000 jobs by the end of 2019. It gives rise to hope in a country where people are subjected to hours of power cuts every day. In reality, the state-owned company ZETDC is forced to rationalise electricity consumption because of a deficit in production. The country has several coal-fired power plants, but they “are in urgent need of renovation”.

The ZETDC relies mainly on the Kariba hydroelectric power plant, which provides about 750 MW of electricity from the Zambezi River. The problem is that the river’s flow is declining more and more with the drought that has been plaguing southern and eastern Africa for some time. But Zimbabwe has a viable alternative: solar energy. And PPIs are already knocking on Zimbabwe’s doors to exploit this inexhaustible source of electricity.

In fact, ZETDC is yet to publish its opinion on the solar projects proposed by Guarantee Risk Solar and Bushveld Energy (eXcess Africa). These IPPs want to build three 250 MW solar power plants in Goromonzi, Bulawayo and Harare. To do so, they will have to invest $400 million.