Homepage » ZIMBABWE: Faced with drought, 2,500 animals transferred from the south to the north

ZIMBABWE: Faced with drought, 2,500 animals transferred from the south to the north 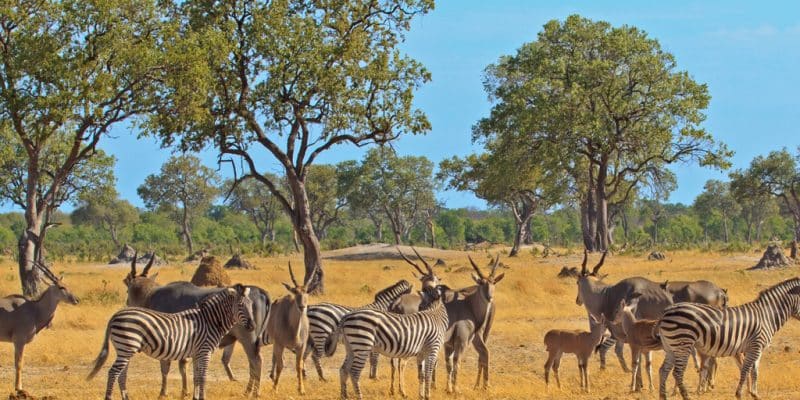 More than 2,500 wild animals have been moved by helicopter or truck from one reserve in the south to another in the north of Zimbabwe. The drought that is causing this exodus follows poaching that is undermining wildlife conservation in this East African country.

Zimbabwe is home to one of the largest populations of wild animals in Africa, with the most emblematic species such as the lion, the rhinoceros, the giraffe and the buffalo. However, these species are increasingly threatened by extreme weather conditions such as the drought that is affecting this East African country. In this context, the Zimbabwean authorities have initiated the relocation of 2,500 animals (400 elephants, 2,000 antelopes and a pack of 10 wild dogs) from the southern national parks to the Sapi, Matusadonha and Chizarira protected areas in the northern part.

“Many of our sites are becoming overcrowded and there is little water or food. The animals end up destroying their own habitat, they become a danger to themselves and they encroach on neighbouring human settlements for food, leading to constant conflict. One option would be culling to reduce the number of wild animals, but conservation groups are protesting against this,” says Tinashe Farawo, the spokesperson for the Zimbabwe National Parks and Wildlife Management Authority (ZPWMA).

The conservation initiative is supported by the US-based Great Plains Foundation, the Department of Zoology at Oxford University in the UK and the Environmental Crime Centre at the University of Washington-Seattle in the US. Ultimately, this operation will also help to replenish the wildlife population in the Zambezi River Valley.

For the record, between 1958 and 1964, Zimbabwe (formerly Southern Rhodesia) relocated more than 5,000 animals as part of “Operation Noah”, which aimed to save wildlife from the rising waters caused by the construction of a hydroelectric dam on the Zambezi River.