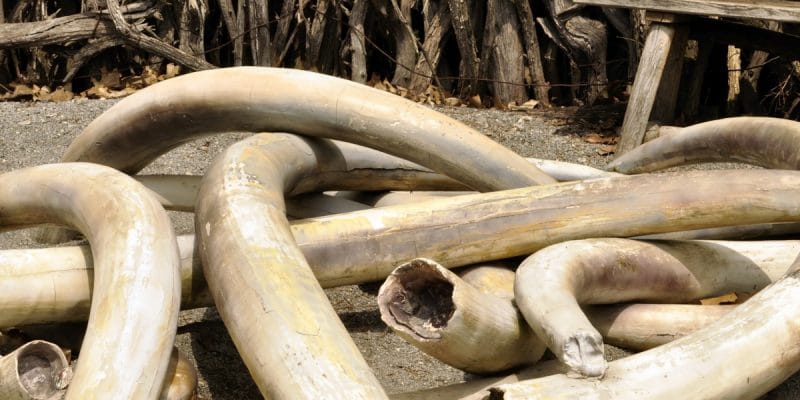 Zimbabwe is trying to move out of the Convention on International Trade in Endangered Species of Wild Fauna and Flora (CITES). The withdrawal is expected to allow Zimbabweans to sell a $300 million stockpile of ivory spikes. The revenues would help finance the protection of parks.

Zimbabwe, which has been going through a serious economic and financial crisis for nearly two decades, including a lack of liquidity, wants to be able to rely on trade in wildlife species to replenish its coffers.

In an interview with Agence France Presse (AFP) on June 11, 2019, Tinashe Farawo, a spokesman for the Zimbabwe Parks and Wildlife Management Authority, indicated that his country wished to withdraw from the Convention on International Trade in Endangered Species of Wild Fauna and Flora (CITES). “Let those who forbid us to sell (ivory) give us money to manage our parks,” said the spokesman, before adding, “the CITES should regulate the trade in endangered species, if there is no trade at all, it is no longer useful.

The fight against elephant poaching has enabled Zimbabwean eco-guards to seize a large stock of ivory tips, valued at an estimated $300 million, in almost three decades. This appears to wildlife authorities as an opportunity to finance their activities.

In concrete terms, Zimbabwean wildlife authorities are planning to use the income from the ivory trade to protect their 12 national parks, where there are some 84,000 elephants.

It is also planned to compensate the populations living in the vicinity of the parks through the sale of the large ivory stock. “They are the ones who lose theirs because of animal-human conflict and their livelihoods because of the destruction caused by elephants,” said Tinashe Farawo. This same premise was mentioned by Botswana in May 2019 to restore elephant hunting. This has not failed to provoke the indignation of many wildlife NGOs. According to the International Union for Conservation of Nature (IUCN), over the last ten years, the number of African pachyderms has decreased by 110,000 to 415,000 specimens.

The CITES, of which Zimbabwe no longer wishes to be a member, is one of the international conservation agreements that has a large number of members, 183 parties. The convention was drafted in response to a resolution adopted in 1963 at a session of the IUCN General Assembly. The text of the Agreement was finally adopted at a meeting of representatives of 80 countries held in Washington, United States, on March 3, 1973. The Convention entered into force on the 1st of July 1975.