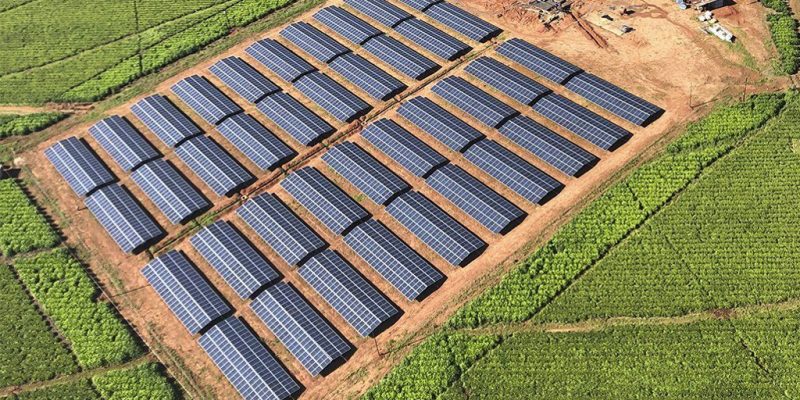 Power access solutions provider Blockpower is completing the second phase of a major self-consumption electricity project in the Chipinge district of Zimbabwe. The hybrid solar power is for farms owned by Tanganda Tea Company (TTC).

Solar energy is becoming more democratic in Zimbabwe. Companies are relying on this source of electricity generation, which is cheaper to run, to reduce the impact of load shedding on the national electricity grid. With this in mind, farmer Tanganda Tea Company (TTC) has partnered with power access solution provider Blockpower to install power generation systems at its tea production sites in the Chipinge district.

The Johannesburg-based company opted for solar photovoltaic systems with storage, coupled with diesel-powered generators. For the Jersey farm site, Blockpower has completed the installation of a solar PV system with a generating capacity of 1.4 MWp. The solar modules are coupled to an electricity storage system via batteries installed in a locally manufactured container. The system is capable of storing 478 kWh of electricity.

The facility at the Jersey tea production site also operates with an 870 kW diesel generator. The first phase of the Blockpower project saw the installation of a 1.2 MWp solar system at the Tingamira site. This further installation is powered by a 478 kWh battery storage system and an 870 kW diesel generator. The Ratelshoek estate will have the largest hybrid solar power generation system. Blockpower has already installed a 2 MWp solar power plant there.

“These systems include both monitoring and control programs. For this purpose, the Universal Power Platform (UPP) from Dhybrid is installed next to a SCADA (Supervisory Control and Data Acquisition) system,” explains the company headed by Kyle Bohnsack. In total, Blockpower has agreed with TTC to supply 4.6 MWp of solar power with 1,440 kWh of electricity storage, as well as 3 MVA of generation capacity from diesel generators.

This is one of the largest self-consumption electricity projects in the agricultural sector in Zimbabwe. Blockpower estimates that the installations will save TTC between 4,000 and 6,000 tonnes of CO2 equivalent emissions over the lifetime of the installations. Above all, the solution allows the farmer to gain autonomy from the Zimbabwean national electricity grid.