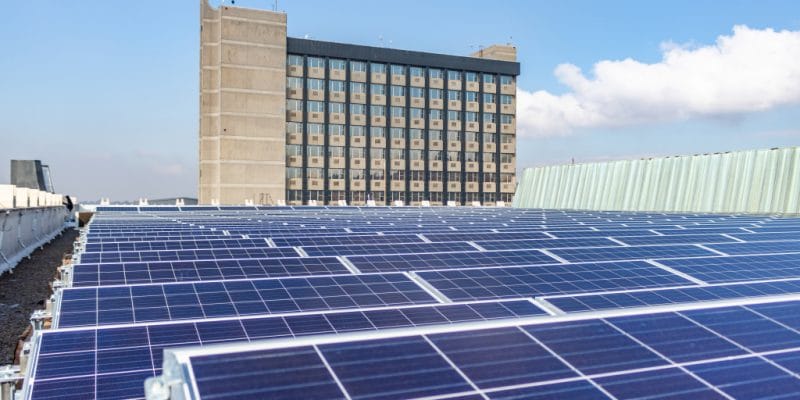 Old Mutual Life Assurance Company Zimbabwe, the subsidiary of the insurance company Old Mutual, is planning to install a 648 kWp solar power plant at its headquarters in Harare. The solar photovoltaic system will be connected to the Zimbabwean national electricity grid.

Faced with load shedding in Zimbabwe, many companies are turning to self-consumption. This is the case of Old Mutual Life Assurance Company Zimbabwe, the subsidiary of the Old Mutual insurance company based in Cape Town, South Africa. The insurance company wants to equip its Emerald Hill headquarters in Harare with a 648 kWp solar power plant.

Old Mutual has already submitted the project for approval to the state regulatory authority, the Zimbabwe Energy Regulatory Authority (ZERA). The insurance company wants to sell its surplus production to the state-owned Zimbabwe Electricity Transmission and Distribution Company (ZETDC).

This will require the construction of a 2.4 km transmission line to connect the solar plant to the 33/11 kV Dorset substation. The company also has the option of building a 10km line to the 132/33/11kV Pomona substation. Like Old Mutual, many companies are opting for self-consumption solar to meet their electricity needs in Zimbabwe.

Total Zimbabwe, the subsidiary of the French oil company Total Energies, has decided to solarise 50% of its service stations in the coming years. This initiative has a triple objective, to reduce the dependence of its facilities on the ZETDC grid, to limit the use of diesel generators, and to reduce the carbon footprint of the service stations. Since November 2019, soft drink manufacturer Schweppes Africa Holdings has had a solar power plant to power its factory in the capital Harare. The plant, which consists of 2,446 solar panels and has a capacity of 1 MW, was built by Distributed Power Africa (DPA), a subsidiary of the Zimbabwean group Econet Global, at a cost of USD 2 million.