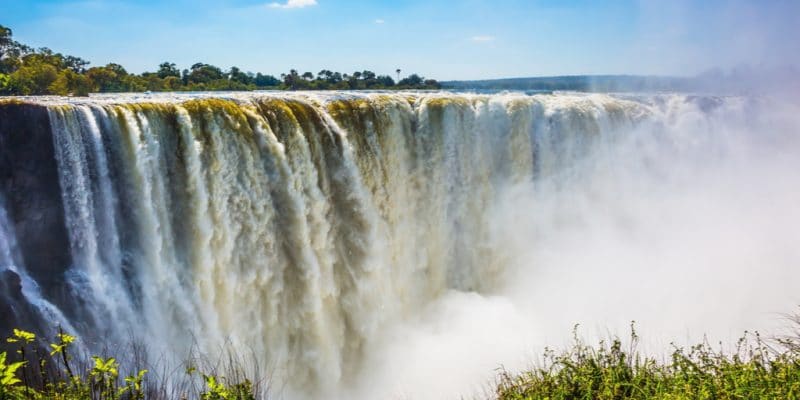 The Zambezi River Authority (ZRA) has announced that work on the Batoka Gorge hydroelectric project will begin in 2020. The project is jointly led by Zambia and Zimbabwe.

New developments in the Batoka Gorge hydroelectric project on the Zambia-Zimbabwe border. Zambezi River Authority (ZRA), an organisation owned by Zambia and Zimbabwe for the development of the Zambezi River and responsible for the implementation of the Batoka Gorge hydroelectric project, announced the start of construction in 2020.

According to the same source, the feasibility studies will soon be completed. The construction of the Botoka Gorge dam and hydroelectric power plant was awarded to a consortium composed of the American company General Electric and China’s Power China. They will have to start work in the last quarter of 2020.

The Batoka Gorge hydroelectric project is expected to inject 2,400 MW into the power grids of Zimbabwe and Zambia. The project is implemented according to the Build-Operate-Transfer financial model (BOT); a kind of public-private partnership (PPP).

GE and Power China are responsible for building a dam with a 181 m high wall that will hold 1,680 million m3 of water over an area of approximately 26 km2. The reservoir will be long and narrow, extending approximately 1 km along the Victoria Falls basin. The water from the reservoir will run the turbines of two hydroelectric power plants located on both sides of the Zambezi River. They will thus have a combined capacity of 2,400 MW.

The ZRA estimates that the entire project will require an investment of $4.5 million. The financing will therefore be provided by GE and China Power. The World Bank and the African Development Bank (AfDB) have expressed their readiness to support the Batoka Gorge hydroelectric project.

The latter also provokes protests from local populations, who live mainly from tourism, especially Westerners who come to visit Victoria Falls. This site, classified as a UNESCO World Heritage Site, could be affected by the construction of the dam, in particular by reducing the flow of the river, but also because the river could get closer to the 650 m falls.