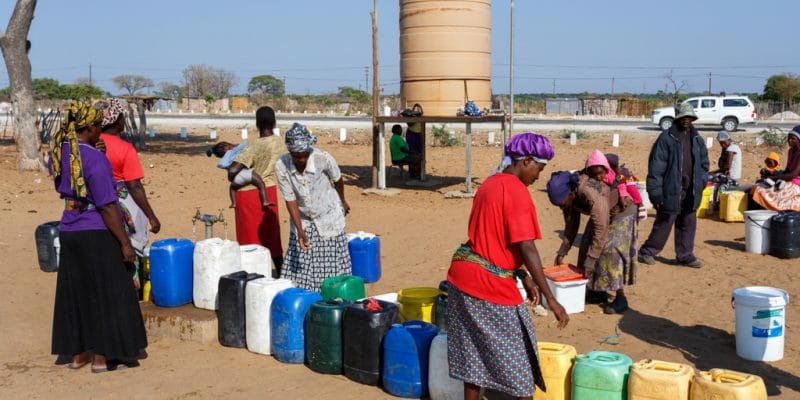 The Zambian government has just allocated five million kwacha (more than $387,000) to complete the Chongwe drinking water project. It is managed by Zambezi Drilling Exploration.

The Chongwe drinking water project will finally be completed. The Zambian Ministry of Finance has decided to release 5 million kwacha (more than $387,000) to complete this project, which has already cost 28 million kwacha (more than $2 million). The new funds will go to the Zambian Ministry of Water Development, Sanitation and Environmental Protection, which is implementing the project through the Lusaka Water and Sewerage Company.

In the field, the work is carried out by Zambezi Drilling Exploration. The drinking water project, the construction of a well-field consisting of four boreholes, is already 85% complete. The work will be completed soon so that the water pumped from the underground water table can be stored in a 400 m3 concrete tank. Zambezi Drilling Exploration is also expected to complete the construction of a pumping station to transport water to the city of Chongwe through a pipeline.

A solution to the drinking water crisis in the city...

The launch of this project follows a drinking water crisis that affected this city in Lusaka province in central Zambia. Like many countries in southern and eastern Africa, Zambia has been facing drought for the past five years. It is manifested in particular by the drying up of surface water resources.

In Lusaka province, the level of the Chongwe dam has dropped drastically, causing a shortage of the resource available for the region’s water treatment plant, impacting the water supply to the population.

The problem of drinking water supply in Chongwe has worsened due to the pollution of its river by domestic wastewater. Ngwerere Creek, which is an important water source for the city’s drinking water plant, is exposed to polluting discharges from overloaded wastewater treatment plants in the capital Lusaka, before reaching the Chongwe Dam. These problems are further exacerbated by fraudulent water intakes on the drinking water distribution network in the city.