Homepage » Yacine Fylla: “Our vocation is to democratise electric vehicles in the DRC”

Yacine Fylla: “Our vocation is to democratise electric vehicles in the DRC” 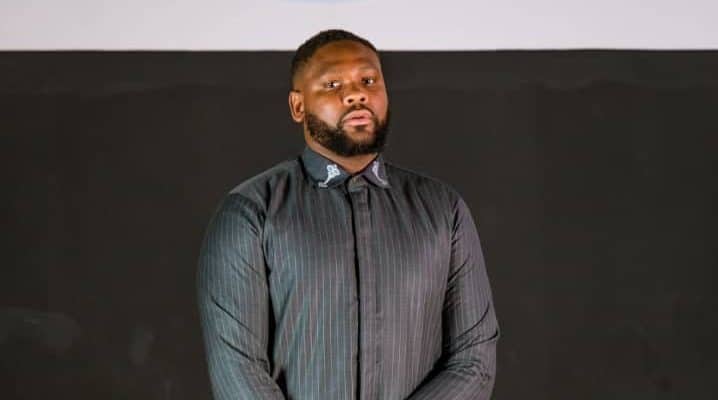 Through Mopepe Solutions, the Congolese Yacine Fylla's ambition is to provide a sustainable solution and promote the ecological transition on the African continent. To do this, he recently launched a fleet of electric vehicles in the city of Kinshasa. In this interview with Afrik 21, Yacine Fylla gives more details on his electric mobility project.

Afrik 21: Mopepe is an electric car rental service available in Kinshasa, the capital of the Democratic Republic of Congo (DRC). It is definitely a first in Central Africa. How does it work exactly?

Yacine Fylla: Mopepe is more a company than a service, which means “air” or “wind” in Lingala. Our ambition is to provide solutions for sustainable development and ecological transition in Africa. One of the first solutions is called Eco Car and it is an Uber-type solution, with electric vehicles and a network of recharging stations that are installed to facilitate the ecological transition, but also in terms of modality in order to move from combustion vehicles to clean vehicles.

And how is it used in Kinshasa?

It’s quite simple. You can simply call or use WhatsApp to order an electric vehicle. In a few weeks’ time, we are going to launch an Uber-type application, with the particularity of offering entirely clean vehicles in addition to electric vehicles. The second special feature is that it will also be possible to pay via the various “mobile money” services, because we are also committed to achieving financial inclusion.

Why choose electric cars that are more expensive to buy than conventional cars that run on combustion engines?

Yes, an electric vehicle is more expensive to buy than a combustion vehicle, but in use, an electric vehicle costs much less, between 60 and 70% less than conventional cars, since there is almost no maintenance. There is also the cost of petrol, compared to electricity which is much cheaper. So, in the long run, we will win because these two points will be virtually eliminated and this will favour profits.

We are a company that works for sustainable development and ecological transition. We cannot afford to have diesel cars, otherwise it would be contrary to our ambitions and our vocation. And our vocation is precisely to democratise the use of electric vehicles, because we know that the earth needs them. CO2 emissions are due to human action, and the majority of these activities are in transport. This is one of the biggest scourges in terms of carbon emissions and it is the SUVs (sport utility vehicles) that have a dramatic impact on our climate, as they are responsible for almost the entire increase in the number of barrels of oil per day in the world. At this rate, we are heading towards a rather dramatic pattern for the earth. We have this ambition to be able to educate people; and for this, we have chosen electric vehicles.

This is a very beautiful vision. But we are in the DRC where, as elsewhere in Africa, the electricity networks are quite unstable because of low production capacities and dilapidated distribution networks. Isn’t it too early?

I think this solution is a bit late. Africa only contributes to less than 4% of global greenhouse gas emissions. Unfortunately, Africa will be the continent most affected by climate change. And we are already seeing this, so we need to grab the bull by the horns. Just because we don’t contribute much to CO2 emissions doesn’t mean we shouldn’t do something. It is up to us to prepare for the ecological transition.

On electricity production capacity. The DRC produces 99% of its electricity in a green and sustainable way and sells some of it outside its borders, thanks to hydroelectricity. The problem lies in the distribution network, which is quite antiquated? As a businessman, I have a vocation to be visionary and to take a step forward. It may be too early or too late, but the need for the earth to breathe is immediate. It’s not 10 years away. It is a risk, but it can be mitigated. Because 95% of the time in Africa it’s sunny, so we can use solar energy to recharge our vehicles. And that’s what we do here in places where the grid is not reliable.

The distribution of power to our charging stations remains a challenge. But we have agreements with strategic partners like Rawbank and Vodacom, which allow us to install our first charging stations in their branches.

How are your electric vehicles recharged in Kinshasa?

The idea is to have a network of charging stations through our second solution, Mopepe Refill. The objective is that by 2025, at least 5 to 10,000 motorists will be using our network. To achieve this, we need between 500 and 1,000 charging points, and we’re a long way from achieving this with 12 charging points currently installed and by the end of the year we’ll be at 10% of our target, and all from our own resources. We have not yet raised money on the markets. We will therefore connect our electric vehicles in places where recharging is easy, i.e. malls, hotels, banks, etc. These places will be equipped with charging stations. These places will be equipped with Mopepe charging stations. This will also be the case in all the shopping centres in Kinshasa. 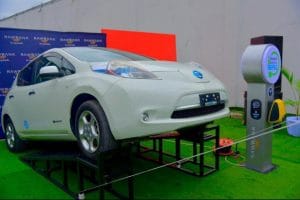 Our various partners have already reacted to this energy response, as they are already equipped with direct lines that are more or less stable and have generators, which we are against, but we are working with them so that they make the energy transition and switch to solar systems and other cleaner solutions. In isolated places, especially on the Matadi road, we are going to install charging stations connected to the Société nationale d’électricité (Snel) network and hybridised with solar energy.

You charge $100 per month for the subscription to this electric mobility service, which is 200,000 Congolese francs. Isn’t that a bit expensive for the Congolese?

There is a proverb that says: “the fish only rots from the head”. This means that the average Congolese is not the one who emits the most greenhouse gases in Kinshasa. Rather, it is the Congolese who have two or three 4x4s at home who pollute 10 to 20 times more than the average Congolese. We are addressing him first of all by saying that instead of driving a 4×4 and spending between 400 and 500 dollars a month on petrol, it is preferable to buy a vehicle that is 10 to 15% more expensive, but that will cost you three times less to recharge per month. And for him, that’s a significant saving, if you consider that an SUV owner fills up at least once or twice a week with traffic.

Now for the vehicles, the fares are much cheaper than a taxi because we cater to everyone or at least to an emerging middle class. Currently in the DRC, a taxi costs 10 dollars an hour and we are at 8 dollars an hour. What’s more, we include a lot of services… Now what would help us is to have investments to expand our offer. We have a lot of climate sceptics on the African continent. Which is heresy in my opinion.

In your opinion, what is the real challenge for electric mobility in the DRC?

I would say that it is the same as everywhere in Africa. And it’s not just for electric mobility. The communication routes are not sufficiently developed, either by air or by land. To go to Togo, for example, I have to go via Addis Ababa in Ethiopia, because there is no direct flight between Togo and the DRC. That’s for air travel. It’s the same for land. If I want to go to Cameroon or the Central African Republic, which are neighbouring countries, there are no motorways to get there. So, we need a better road network and then there is the energy challenge. In the Congo, we are lucky enough to be one of the few countries to produce almost all of its electricity from a clean source.

This is hydroelectricity and we have a potential that could supply, according to some specialists, almost the entire continent. But we have to go beyond the potential. I am a former athlete. And for me, potential is raw talent and that requires work. And so, you have to work to be stars or to do the things that work. For this to work, I think there needs to be a mix of leadership and political will, i.e. an awareness of climate issues that will make us more committed to infrastructure development and social and socio-economic development for education, mobility or even sport. Infrastructure is therefore our first challenge.

With Mopepe, you chose to start with Kinshasa. Why not Lubumbashi, a city of almost 2 million inhabitants?

Honestly, it’s more a matter of convenience, as I know Kinshasa better. It is a project that has already existed for six years. It was after the speech by the President of the Republic (Félix Antoine Tshisekedi, editor’s note) that I said to myself that finally there were politicians who understood the ecological issues in our country. I was therefore motivated and I told myself that perhaps if I didn’t get any help, at least my project would not be refused. I always tell myself that if I succeed in Kinshasa I can succeed anywhere. The environment in this city is quite difficult to master and so if it works, it can work anywhere on the continent and in the world.