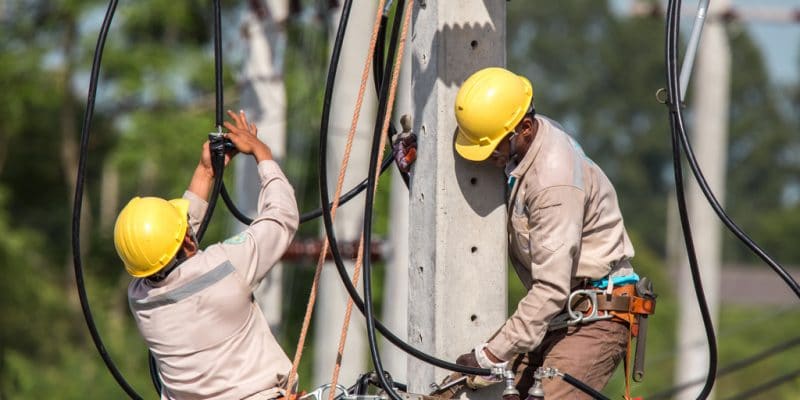 The Uganda Electricity Generation Company Limited (UEGCL) has recently launched the upgrading of the 400 kV Karuma-Kawanda, 400 kV Karuma-Olwiyo and 132 kV Karuma-Lira power lines in Uganda. The rehabilitated lines will be used to transmit electricity generated from the 600 MW Karuma hydropower plant, which is in the final stages of construction.

Uganda is preparing to launch new hydropower plants. The most imminent is the Karuma plant, 98% completed by the Chinese company Sinohydro. The dam located in the Kiryandongo district in north-western Uganda will have an expected capacity of 600 MW. The six 100 MW Francis turbines that equip the Karuma hydroelectric power station were supplied by Alstom, a company based in Saint-Ouen, in the north of France.

The electricity generated by the hydroelectric dam will be evacuated from the Lira substation, which has been rehabilitated to support the 600 MW. In the same vein, a project to modernise three major power lines has just been launched by the Uganda Electricity Generation Company Limited (UEGCL). These are the 400 kV Karuma-Kawanda line (248 km), the 400 kV Karuma-Olwiyo line (55 km) and the 132 kV Karuma-Lira line which stretches over 75 km.

According to Stephen Kyeganwa Mukasa, UEGCL’s Head of Monitoring and Evaluation, the electricity generated by the Kurama hydropower plant will guarantee stable, reliable and affordable electricity in Uganda. “With the commissioning of the Karuma power plant, the country will reach a capacity of 1500 MW. Currently, Ugandans consume 600 MW at peak hours,” says Keefa Kiwanuka, MP for East Kiboga in Central Uganda. The kilowatt-hour (kWh) distributed in this way is expected to cost Ugandan consumers US$0.049 for the first 10 years of the plant’s life. The price will then fall to US$0.020 per unit for the next 15 years.

The Karuma hydropower project will also benefit Rwanda, Tanzania (in the north), Kenya and people in the eastern part of the Democratic Republic of Congo (DRC), thereby stimulating the regional economy. Electricity will reach these other countries through power lines under construction, including the 220 kV Mbarara-Mirama-Birembo (Rwanda) line, the Mirama substation and the 220 kV Bujagali-Tororo-Lessos transmission lines.