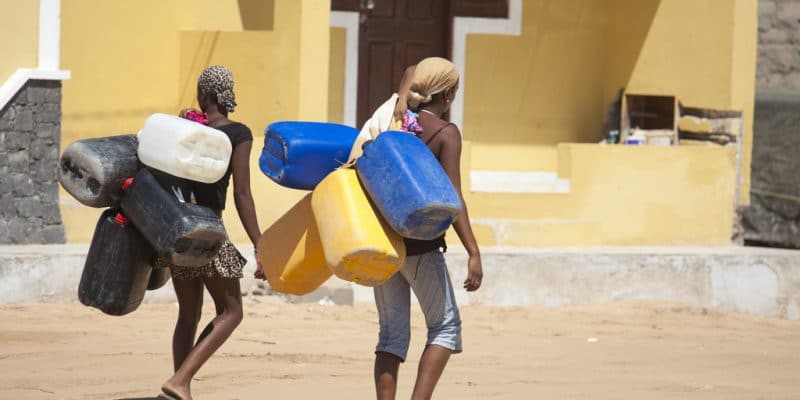 Ugandan authorities have entrusted the National Water and Sewerage Cooperation (NWSC) with the responsibility of implementing several projects in order to ensure maximum coverage of drinking water and sanitation services for the city of Kampala in Uganda.

Kampala, the capital of Uganda, with some 2 million inhabitants, is located on the shores of Lake Victoria. Although the state-owned National Water and Sewerage Cooperation (NWSC) is responsible for providing drinking water and sanitation services, the capital’s inhabitants very often face water shortages.

Sogea-Satom and Suez International began construction of the Katosi drinking water plant a few months ago. Objective: Pump and treat water from Lake Victoria to supply a 160,000 m3 per day drinking water plant. The installation will be accompanied by two other infrastructures: a pumping station (pressure) in Namugongo near Katosi and a water reservoir with a capacity of 15,000 m3 in Sonde Hill. To get water to the Ugandan capital, it will also be necessary to build more than 55 km of pipelines.

The authorities plan to expand the plant by 2025 because the population of Greater Kampala is growing rapidly. It would then increase from 160,000 m3 of drinking water production per day to 240,000 m3 to supply 4.5 million people.

Sogea-Satom and Suez International are to deliver the entire project in 2021. It will require a total investment of 890 billion Ugandan shillings, or 212 million euros. Funding is provided by the Ugandan government for €34 million. The remaining funds come from the French Development Agency (€75 million), the European Investment Bank (€75 million), but also from Kreditanstalt für Wiederaufbau (KfW), the German Development Agency (€20 million), and the EU-Africa Infrastructure Trust Fund (FFUEAI) which has invested €8 million.

A wastewater pretreatment plant in Kinawataka

In Greater Kampala, sanitation has a dual objective: to provide a healthy living environment for the population, and above all to avoid pollution from Lake Victoria, which provides the city and its metropolis with drinking water. The state-owned company NWSC is completing the construction of a wastewater pretreatment plant in Kinawataka, near the city of Kampala. It will have a treatment capacity of 45,000 m3 of water per day. The wastewater will then be sent to a “state-of-the-art” wastewater treatment plant that is nearing completion.

Both installations will operate thanks to the pipes that have recently been built by Sogea-Satom. One of them is 30 km long with a pipe diameter between 200 mm and 1800 mm (for 26 km). The other is a 500 mm diameter, 4 km long, pressurised cast iron waste water pipe. The pipeline carries the water collected through a sewer system to the districts of Naguru, Ntinda, Nakawa, Bugolobi Kyambogo, Kinawataka, Banda, Kasokoso, Butabika and the surrounding areas. All the underground pipelines replace an open canal that exposed people to disease risks.

The settling sludge from wastewater treatment will be used to produce biogas, which in turn will produce 630 kW of electricity. The treated water will be discharged into Lake Victoria. The entire project will cost 105 million euros. NWSC estimates that the project will benefit 850,000 people in Greater Kampala.