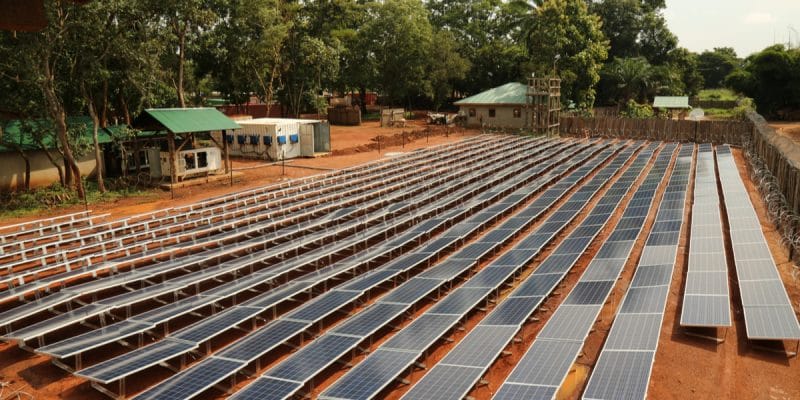 The Greek company, Metka EGN, has recently delivered a turnkey 10 MW photovoltaic solar power plant in Bufulbi, southeast Uganda. The facility is equipped with the latest technology available on the market, with a system that allows solar panels to track the sun, the first of its kind in Uganda.

The rural and residential areas of Bufulbi, as well as the industrial area of Jinja in south-eastern Uganda, are now enjoying a better energy supply. Their electricity network has recently been connected to a new source of energy, including natural and inexhaustible renewal.

It is a 10-megawatt photovoltaic solar power plant. Built on an area of 40.4 hectares in the village of Bufulbi, it has been reinforcing the local electricity grid since it became operational in early June 2019. It is the first solar power plant in Uganda to be equipped with a system that allows photovoltaic panels to move according to the sun’s path.

The infrastructure was built by the Greek company Metka EGN, which specialises in solar energy applications. The financing is provided by the French operator Tryba Energy, which is responsible for its development. On April 19, 2017, the project manager signed a power purchase agreement with the national electricity company, Uganda Electricity Transmission Company Limited (UETCL). The latter sets the rate at 11 US cents per kWh, at no additional cost, the lowest rate in the country, according to Tryba Energy.

Uganda invests in renewable energy, with the help of France

With this new energy supply, the Ugandan government is strengthened in its commitment to ensure access to electricity for its entire population. An ideal supported by France.

In January 2019, the French Development Agency (AFD) announced that it had financed a major rural electrification programme in western and southern Uganda, covering 24 districts, including Kasese. The Agency granted a concessional loan of €42.9 million for the construction of about 3,000 kilometres of new low and medium voltage lines.

In addition, the French Development Agency (AFD) participated in the dialogue that led to the design of the connection policy launched by the Rural Electrification Agency. The objective is to support connection costs on condition that households support their own cabling.

In addition to the issue of ecological impacts, the improvement of the electricity grid in rural areas is all the more important for the country, as it allows for better economic development and a reduction in inequalities between rural and urban areas. Households, schools, health centres, markets and small businesses benefit from a subsidised electricity connection, which improves their livelihoods and socio-economic situation.