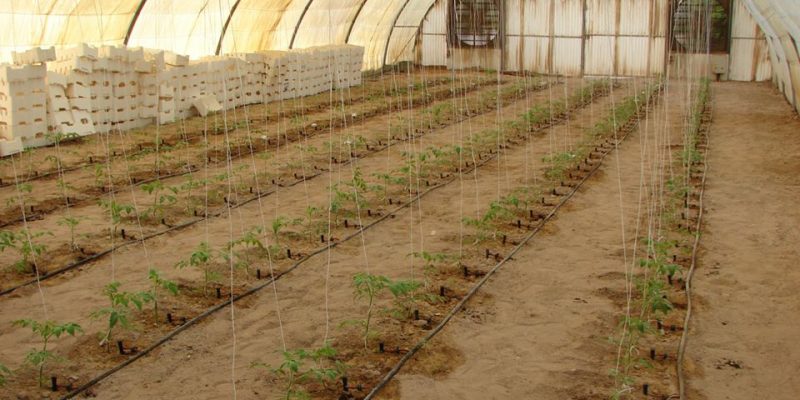 The "underground diffuser", is a revolutionary new technique for optimal irrigation water management and water conservation. The invention by a Tunisian agronomist, Bellachheb Chahbani, saves up to 70% of water compared to drip irrigation. This is a boon for Tunisia and other countries with arid climates and a shortage of fresh water.

In Tunisia, ecological engineering offers a new alternative to get around the agricultural problems linked to the lack of water resources. It is called the “underground diffuser”, a revolutionary invention, which makes it possible to manage irrigation water in an optimal way, while conserving it. The diffuser, which is installed at the roots of irrigated plants and trees, eliminates evaporation losses, reduces tillage and saves a great deal of water. In comparison, this system consumes up to 70% less water than drip irrigation.

“The air injected into the irrigation water in the form of small bubbles consists mainly of oxygen, nitrogen and carbon dioxide. These gases, when they reach the root zone, contribute greatly to the development of microbes and small animal life in these soils. These beneficial small animals consume gases for their growth and multiplation, and transform solid or liquid fertilizers into molecules that are absorbed by the roots,” explains the inventor of the ‘underground diffuser’, Tunisian agronomist and dryland specialist Belachheb Chahbani.

The “underground diffuser”, a solution for Tunisia?

Tunisia, whose agricultural sector alone consumes more than 80% of available water resources, is currently facing a lack of fresh water resources. The North African country has reached 92% of the surface water mobilization and despite the investments made so far, Tunisia remains in a situation of absolute water scarcity with an allocation of less than 500 cubic meters per inhabitant per year. In such circumstances, the “underground diffuser” is a guarantee of preservation and development of biodiversity in the country with an arid climate, where the invention can be used for irrigation of fruit and forest trees and shrubs, as well as for market gardening and ornamental plants in pots, containers, vases and tubs.

The system was marketed by “Chahtech SA”, a family business created by the inventor. The diffuser is being used by nine African countries facing the problem of water scarcity, including Morocco, where more than 20,000 units were purchased in January 2019 to be used in pilot agricultural projects.