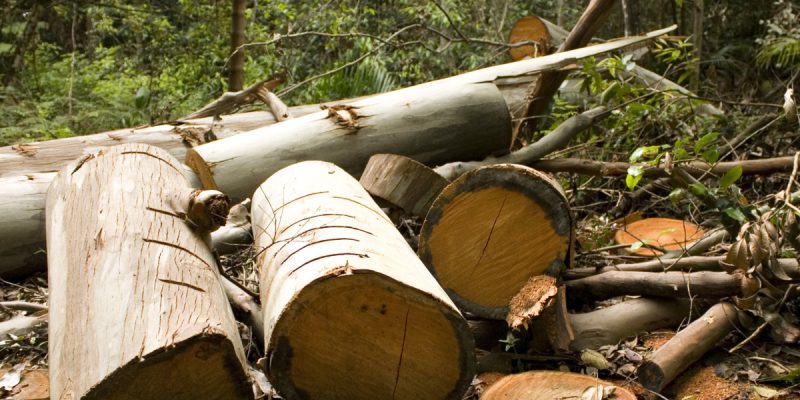 Tunisian forestry authorities were on alert on April 14, 2020, following the discovery of an environmental crime perpetrated in the Ain Draham forest in the north-west of the country. Illegal charcoal burners felled 200 Zene oaks, trees over 300 years old, whose felling is prohibited by Tunisian law because of their ecological role and international scarcity.

In Tunisia too, environmental criminals are taking advantage of the Covid-19 pandemic. In this North African country, where general containment and a curfew were decreed on March 22, 2020, charcoal producers seized the opportunity to cut down 200 Zene oaks in the forest of Ain Draham in the northwest of the country. The National Guard and Forest Department officials witnessed the disaster on April 14, 2020. They also seized six large trucks and four tractors filled with charcoal. According to the rangers, the charcoal seized was destined for cafés or hotels, where it is sold for 40 dinars, about 13 euros per bag of 30 to 35 kg.

Investigations by forestry and national guard officers led to the arrest of eight suspects. Eighteen other persons involved in this act, which is considered a crime, are still wanted.

The Zene oaks in question are natural trees that are more than 300 years old and whose felling is forbidden by law in Tunisia because of their international rarity. These trees, considered as national heritage, play an important ecological role in a country where forest cover represents only 8.2% of the territory, one of the lowest in the Mediterranean region, with an average of 20%.

The Minister of Agriculture, Hydraulic Resources and Fisheries, Oussama Kheriji, did not hide his anger at this new felling of protected plant species. “The ministry will ask the judicial authorities to charge the offenders, in accordance with article 14 of the law on the fight against terrorism,” he promised. According to the minister, the locality of Ain Salem has recorded the illegal felling of 400 trees worth 300,000 dinars, about 95,000 euros.