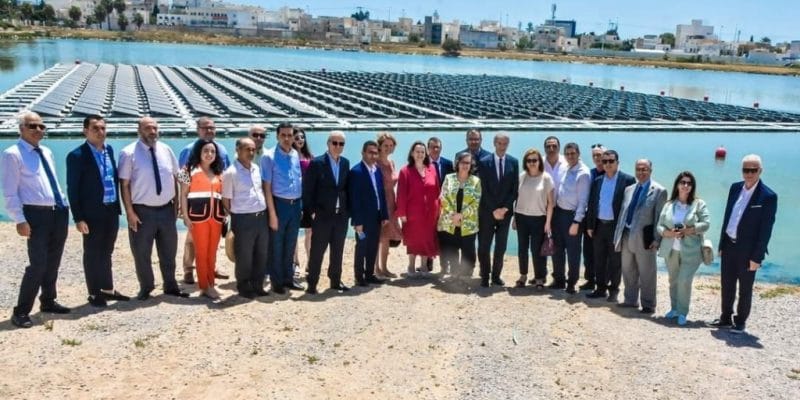 The French company Qair is inaugurating a floating solar power plant in the Tunis lake, in the presence of the Tunisian authorities. The installation will inject 265 MWh of clean energy into the network of the Tunisian Electricity and Gas Company (STEG) every year.

A floating solar power plant goes into operation in Tunisia. The park is equipped with inverters and solar panels installed on the Tunis Lake, located between the Tunisian capital and the Gulf of Tunis. The plant is the result of a project developed since 2020 by the Qair Group, an independent power producer (IPP) based in Paris, France. The facility was recently inaugurated in the presence of Neila Nouira Gongi, the Tunisian Minister of Industry, Energy and Mines, and her counterpart Samir Saied, in charge of the Economy.

The new solar power plant has a capacity of 200 kWp, or an annual capacity of 265 MWh according to the Qair group. The energy produced is injected into the network of the Tunisian Electricity and Gas Company (STEG). According to IPP, its plant is capable of supplying 130 Tunisian households.

According to the IPP, the new plant should enable Tunisia to avoid emissions of 120 tonnes of CO2 equivalent per year. The Qair Group built the floating solar power plant on the Tunis lake with the support of Business France, a French public agency of an industrial and commercial nature. The IPP also relied on funding from the Private Sector Study and Support Fund (FASEP), a funding mechanism of the French Treasury.

Although a pilot project, this solar photovoltaic plant contributes to the diversification of Tunisia’s electricity mix. Currently, the North African country is 97% dependent on gas for the production of its electricity, according to the National Agency for Energy Management (ANME). But under the Tunisian Solar Plan (PST), the authorities are counting on the production of 1,860 MW of clean energy by 2023 and 3,815 MW by 2030. This programme has seen very little progress since its launch in 2012.