Homepage » TOGO: What environmental guarantee for the Kékéli power plant?

TOGO: What environmental guarantee for the Kékéli power plant? 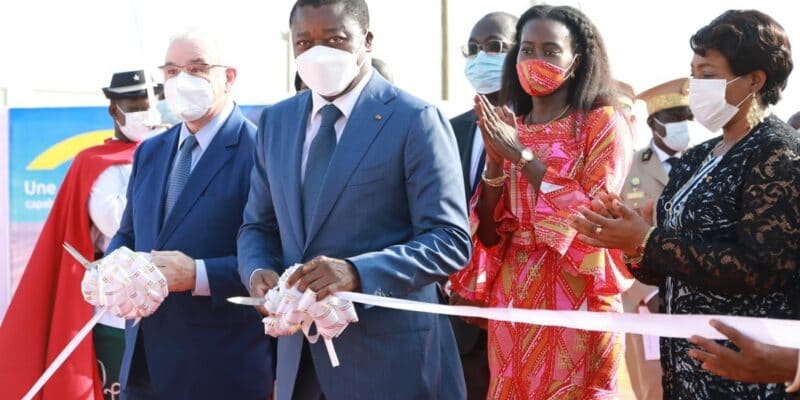 The Eranove Group has just put into operation the gas turbine of its Kékéli Efficient Power plant located in Lomé, Togo. With an expected capacity of 65 MW, the installation has characteristics that make it less polluting than conventional thermal power plants.

The ceremony to launch the first flame of the Kékéli Efficient Power plant was presided over by the Togolese Head of State Faure Essozimna Gnassingbé. This is the last step before the commissioning of the power plant in Lomé, the capital of Togo. In contrast to conventional thermal power plants that run on heavy fuel oil or coal, the developer of Kékéli Efficient Power, the Eranove Group, has opted for combined cycle technology.

Combined cycle power plants use two turbines to produce electricity. The first one runs on a fuel (natural gas) and the second is a steam turbine. Both turbines operate simultaneously. By mixing the fuel with air, the natural gas ignites, producing exhaust gases that drive the first turbine. Some of the heat from the combustion of the natural gas is recovered to heat water, which turns into steam to drive the second turbine.

For the Kékéli power plant, Eranove first plans to launch the 47 MW gas turbine. The power plant’s output will be increased to 65 MW with the commissioning of the steam turbine before the end of 2021. The other environmental advantage of Kékéli Efficient Power is the re-injection (re-use) of water into the electricity generation process from the steam turbine. 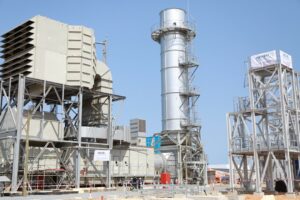 In addition, in combined cycle technology, the flue gases are filtered before being discharged. With such a process combining steam and natural gas, CO2 emissions are halved compared to a conventional thermal power plant. Eranove is installing the same technology in Ivory Coast, in its Atinkou power plant, which will have a capacity of 390 MW. The group, which employs more than 9,000 people, believes that its Kékéli Efficient Power plant will play a crucial role in the Togolese government’s energy strategy. According to the United States Agency for International Development (USAID), the West African country has an installed capacity of 230 MW, of which 66 MW is generated from hydroelectric plants.

According to Eranove, its Kékéli power plant will, “in synergy with other ongoing network extension projects, allow the electrification of more than 250,000 Togolese households, the equivalent of 1.5 million people, as well as improving the quality of electricity supply to industry and households. The Paris-based group is implementing this project in partnership with the sovereign wealth fund TogoInvest, through the dedicated investment company Kifema.

For the Kékéli project, Eranove has obtained financing from the West African Development Bank (BOAD), the Africa Finance Corporation (AFC), Orabank Togo, BIA Togo, NSIA Benin and Banque Atlantique Togo. The investments in the power plant are guaranteed by GuarantCo, a company of the Private Infrastructure Development Group (PIDG).