Homepage » TOGO: the government launches Passco 2 for water and sanitation in 2 regions 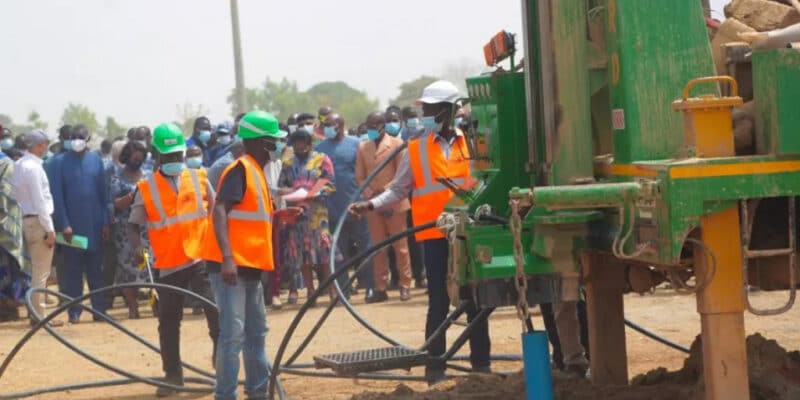 The Togolese government recently launched a project to provide drinking water and sanitation services in the Savanes and Kara regions north of the capital Lomé. The implementation of this project financed by the French Development Agency has been entrusted to a consortium of companies comprising Vergnet Hydro and ECM.

The value of the new contract won by Vergnet Hydro in Togo is FCFA 756 million (€1.1 million). The Togolese subsidiary of the French company has made a commitment to the local authorities to carry out 300 boreholes equipped with human-powered pumps. This equipment will supply 120,000 people in several villages in the Kara and Savannah regions.

To ensure the maintenance of this equipment, Vergnet Hydro, which will be accompanied by its partner ECM, will train 50 craftsmen repairers in the two regions targeted by the project. This initiative by the Togolese government is part of the second phase of the project to improve sanitary conditions in schools and rural areas in the Savannah and Kara regions (Passco 2). Work on this project was launched on Friday February 26th, 2021 by Togolese Prime Minister Victoire Tomégah-Dogbé.

Passco 2 will require an overall investment of 6.58 billion FCFA, or more than 10 million euros. According to the Togolese government, the project will contribute to the achievement of the objectives of its roadmap by increasing the drinking water coverage rate in rural areas from 77% to 85% in the Kara region and from 67% to 72% in the Savannah region. In addition to the 300 boreholes installed by Vergnet Hydro and ECM, 100 other water points will be created in the Savanes and Kara regions. Each of these two regions will thus have 200 human-powered pumps.

The Togolese government also plans to rehabilitate 200 old boreholes, 100 per region, and to build 200 modern Ecosan-type latrines, i.e. 100 latrines per region. In a speech delivered at the ceremony to launch the works in Konsogou in the Nanergou canton, Togolese Prime Minister Victoire Tomégah-Dogbé said that Passco 2 would enable 300,000 people in both regions to have access to drinking water and modern latrines in schools and health centres, thus reducing the rate of water-borne diseases such as cholera, diarrhoea and dysentery.

With the new facilities commissioned under Passco 1 and 2, the Savannah and Kara regions will have a total of 1,000 human-powered pumps. The first phase of the project was also partly implemented by Vergnet Hydro and ECM. This territorial water supply and sanitation project is financed by the French Development Agency (AFD).