Homepage » TOGO: Vergnet Hydro and ECM will supply water to 2,000 in Savannah region

TOGO: Vergnet Hydro and ECM will supply water to 2,000 in Savannah region 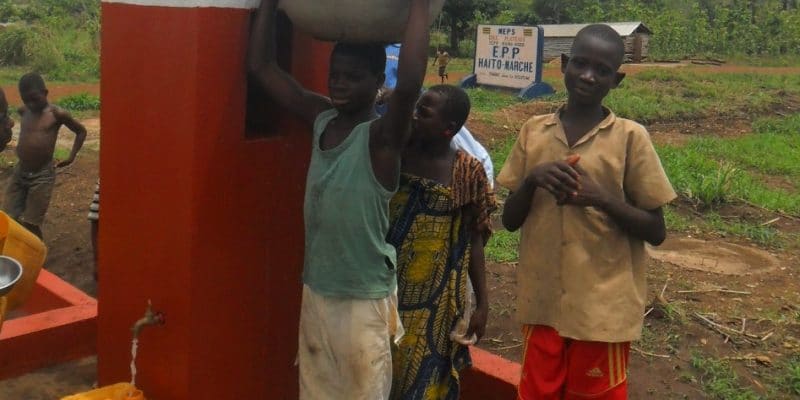 The French company Vergnet Hydro and the Togolese ECM have been selected to provide drinking water to 2,000 people in rural areas in the Savannah region, in the far north of Togo. The project is financed by the French Development Agency (AFD).

New drinking water infrastructure will be built in the Savannah region of northern Togo. They will be installed by the French company Vergnet Hydro and ECM, a company based in Lomé and specialised in water pumping. These two companies were chosen by the Togolese Ministry of Water, Rural Equipment and Village Hydraulics.

Vergnet Hydro and ECM are responsible for building drinking water supply systems (WSP) for schoolchildren and residents of the Nadiégou, Polougou, Kankangbane and Djalière villages. They will face particular difficulties, linked to the steep terrain of the region, located near the border with Burkina Faso. “The drilling is very deep. The pumps will be installed between 165 and 220 metres deep…”, explains Joël Menager, project and offer manager at Vergnet Hydro.

The WSPs will be operational by September 2019. For Dominique Gunn, ECM’s sales manager, “the installation of these new facilities significantly reduces the territorial divide in these villages while relieving them of the many penalties faced by the inhabitants”. A total of 2,000 people will be supplied by the future AEPs. Their construction will require a total investment of 194 million CFA francs (more than £295 000).

Financing is provided by the Togolese State through a loan from the French Development Agency (AFD). It is not the first drinking water project for rural areas in the Savannah to receive AFD support. In December 2018, the Togolese government inaugurated 474 drinking water wells in 69 cantons. The total number of boreholes was 130 old rehabilitated boreholes (serving, among others, 2 care units and 7 schools) and 344 new boreholes (installed for 161 schools, 21 care units and 162 rural communities).

All these achievements are part of the Project for the Improvement of Health Conditions in Schools and Rural Areas (dubbed PASSCO in French). According to AFD, this project aims to provide water points and latrines to primary schools in the Savannah region, to people living near schools and, under certain conditions, as well as to local health centres.