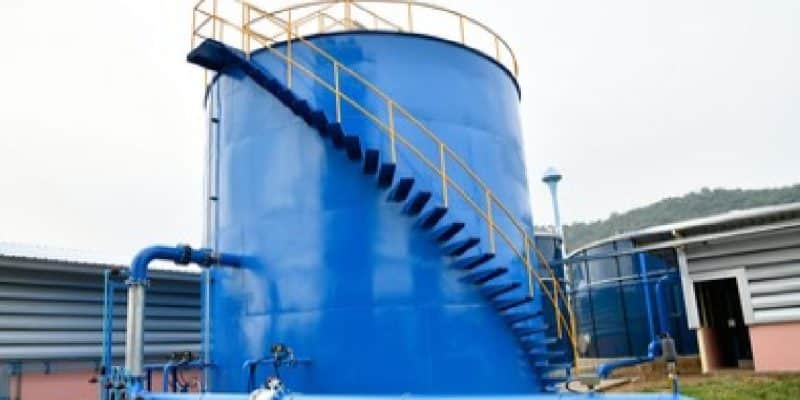 The future water tower of Sagbado, a village in the commune of Golfe 7, in the Greater Lomé Autonomous District (DAGL) of Togo, will be connected to the Apédokoe groundwater pumping station. The reservoir will provide 250,000 people with drinking water.

There is news about the project to supply drinking water to Sagbado, a village in the Greater Lomé Autonomous District (DAGL) in Togo. The Togolese government has authorised the equipment and connection of the Apédokoe groundwater pumping station to a water tower under construction in Sagbado. This decision was taken by the Council of Ministers on 18 January 2023 in Togo.

The Apédokoe borehole, located in the Golfe 7 council, will be able to supply 40 m3 of water per hour, i.e., 960 m3 of water per day, which will be transported to the Sagbado castle. The facility will have a storage capacity of 1,300 m3. The work will be carried out as part of the project to improve the drinking water supply in the city of Lomé (AEP-Lomé). The project also aims to improve the technical and operational performance of the Togolese Water Company (TdE) in terms of operating the public drinking water service.

The Togolese government’s objective is to achieve 80% drinking water coverage in the greater Lomé area by 2025. To achieve this, the Togolese capital is also benefiting from the project to improve sanitary conditions in schools and rural areas in the Savanes and Kara regions (Passco 2). The initiative aims to build 300 boreholes equipped with human-powered pumps, as well as to rehabilitate 200 existing boreholes in several villages in the Kara and Savanes regions. In addition, the country is preparing the Lomé Drinking Water Supply Master Plan, which will serve as a guide for the implementation of drinking water supply projects for the Togolese ministry in charge of water and operators in the sector, notably the Société du patrimoine eau et assainissement en milieu urbain et semi-urbain (SP-EAU) and TdE.