Homepage » TOGO: AFD allocates €10 million for 950 boreholes in the Savanes and Kara regions 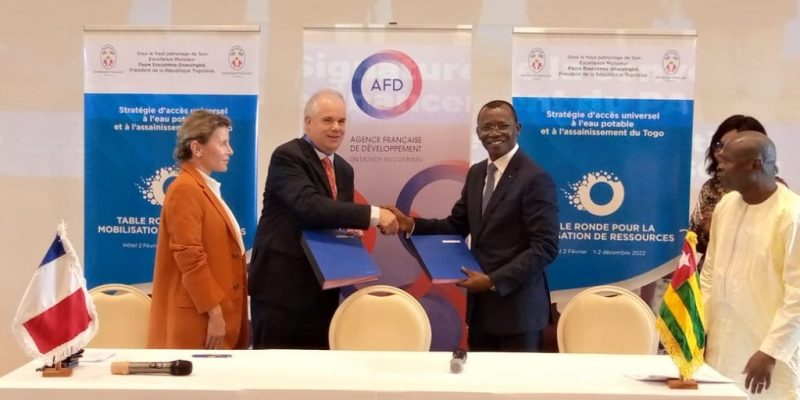 The French Development Agency (AFD) is allocating 6.5 billion CFA francs (around 10 million euros) to the government of the Republic of Togo. The funding is intended for the construction of 950 human-powered water pumps in the Savanes and Kara regions.

The grant agreement was signed on 2 December 2022 in Lomé, the capital of Togo. The financing of 6.5 billion CFA francs (almost 10 million euros) granted by the French Development Agency (AFD) will enable the construction of 950 boreholes in the Savanes and Kara regions in the northern part of the country. The future installations will be equipped with human-powered pumps.

According to the Togolese Ministry of Water and Village Hydraulics, these works will constitute the third phase of the project to improve sanitary conditions in schools and rural areas in the Savanes and Kara regions (Passco 3), which will be launched soon in Togo.

The second phase of this project, launched on 26 February 2021, should be completed by the end of December 2022, with a total of 400 boreholes completed, including 200 in each of the targeted regions. The objective is to increase the rate of access to drinking water in rural areas from 77% to 85% in the Kara region and from 67% to 72% in the Savanes. The work has been entrusted to a consortium made up of the French company Vergnet Hydro and the Togolese company ECM (Entreprise de construction mécanique).

Passco 2 will also enable the rehabilitation of 200 old boreholes, 100 per region, and the construction of 200 modern Ecosan latrines, i.e. 100 latrines per region to meet the drinking water and sanitation needs of some 300,000 people. The first phase of Passco allowed for the construction of 354 boreholes equipped with human-powered pumps in the Savanes region. These first two phases of the project also benefited from AFD’s financial support.

“Protecting the most vulnerable populations is the spirit behind the project to improve sanitary conditions in schools and rural areas in the Savanes and Kara regions. Ultimately, the initiative will accelerate the achievement of the objective assigned to the water sector in the government’s 2020-2025 roadmap,” says the Togolese Ministry of the Economy and Finance. This is the universal coverage of drinking water by 2030. Currently, Togo has an access rate to drinking water of 68% in rural areas and 58% in urban areas.