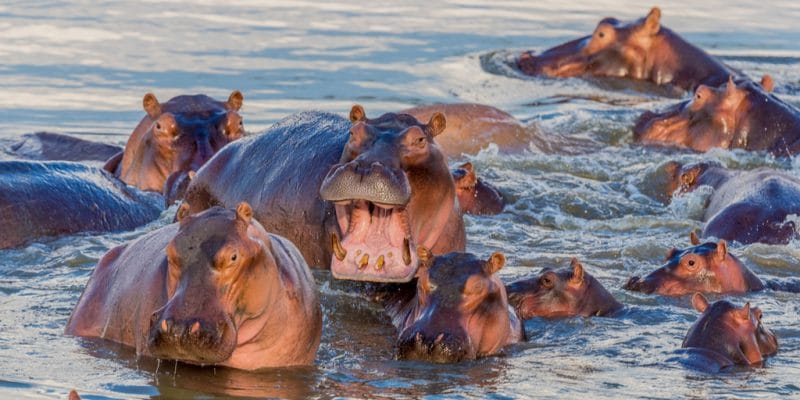 The Tanzanian government has given its approval to replenish the ponds of hippos that have dried up in Katavi National Park due to the drought in eastern and southern Africa. This situation is at the root of the destruction caused by these large mammals wandering in the villages near the park.

It was a long-awaited measure! The Tanzanian government has decided to replenish the hippo pools in Katavi National Park, located in the southwest of the country, with water. The measure was personally announced by Tanzanian President John Magufuli, who recently visited the village of Kapuni, in the Tanganyika district of Katavi region.

His trip was intended to reassure the population after the ravages caused by hippos in this farming village. The displacement of pachyderms is due to the current drought in eastern and southern Africa. It occurs through the drying of rivers and ponds where hippos live.

The hippopotamus’s skin is very sensitive to the sun’s rays, which causes it to stay cool in the water during the day. Without water, this large mammal cannot survive for very long. Another problem is that male hippos are very territorial and defend a portion of the river as well as a group of five to 30 females with their young. Water scarcity causes territorial conflicts that push some pachyderms out of Katavi National Park.

This is a rather dangerous situation, both for the animals and for the populations of the villages located near the park. Recently, hippos have caused havoc in the village of Kapuni. In retaliation, the populations killed some of them. It was to end this human-animal conflict that President John Magufuli asked Tanzania National Parks (TANAPA) to supply water to the basins formed over time by hippopotamus entry and exit movements.

In the meantime, some animals have taken refuge in a dam built to supply water to the population. “The 50 hippos who have found refuge in the dam are very intelligent. The TANAPA should build dams in the park to send hippos back,” says President John Magufuli. Recommendations, which are well followed by the TANAPA. This Tanzanian national park conservation organisation has already begun to fill the ponds of Katavi National Park where at least 500 hippos and crocodiles live. They live alongside a large population of buffalo, lions and elephants over a vast territory of 5,000 km2. This makes it the third-largest park in Tanzania.