Homepage » SUSTAINABLE CITIES: a forum in preparation to the Africa-France 2020 Summit

SUSTAINABLE CITIES: a forum in preparation to the Africa-France 2020 Summit 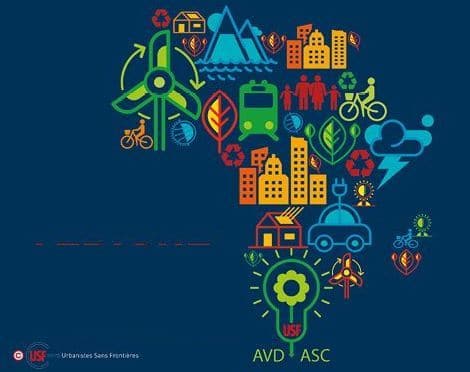 French President Emmanuel Macron announced that the next Africa-France Summit would focus on sustainable cities. He made the announcement in his general policy address on Africa in November 2017 in Ouagadougou. The summit will be held from June 4 to 6 2020 in Bordeaux (France) and things are gradually taking shape. An association known in French as “Urbanistes Sans Frontières”, thus gives appointment in Paris for a meeting which is part of the preparation for the event. Be careful: the registration deadline is 4 May 2019.

The recent appointment of Stéphanie Rivoal, former French Ambassador to Uganda, as Secretary General of the Africa France Summit, is bearing fruits.

An international seminar was held on April 25 and 26 2019, at the European Parliament in Strasbourg under the theme: “Building together the sustainable and inclusive city of tomorrow in Africa and in France”, organised by the city of Strasbourg and the Gescod association, with the support of the AFD (The French Development Agency). It aimed to deepen reflections on the decentralised cooperation between French and African partners.

A meeting (for members of the MEDEF) of the Africa Committee and the MEDEF International Task Force on the subject, will also be held in Paris, on May 7 2019, in the presence of Stephanie Rivoal.

Finally, the latest initiative, the “Sustainable Cities in Africa” forum, which is also part of the preparation for the summit, will be held on May 14 at the National Assembly in Paris. This conference is organised by “Urbanistes Sans Frontières” (USF), in partnership with the Ministry of Europe and Foreign Affairs (MEAE), the French Partnership for the City and Territories (PFVT), the International Sustainable Development and Multidisciplinary Organisation (Oddim) and with the support of the International Coalition for Cities and Sustainable Territories. Registration is free, but mandatory before May 4, 2018.

The programme is as follows:

Mr. Hubert Julien-Laferrière, Deputy of the Rhone 2nd district, co-president of the PFVT

Mr. Jean-Baptiste Lemoyne, Secretary of State, Minister of Europe and Foreign Affairs
HE. Stéphanie Rivoal, Secretary General for the preparation of the Africa-France 2020 Summit
Mr. François Albert Amichia, Minister of the City of Côte d’IvoireMr. Moussa Baldé, Minister of Agriculture and Rural Equipment of Senegal
HE. Bassirou Séné, Ambassador of Senegal in France.Dr. Maggie Cazal, President-Founder of USF

Moderator: Mrs Brigitte Bariol Mathais, Delegate General of the FNAU (Federation of Urban Planning Agencies) and PFVT (French Partnership for the City and the Territories)

Mr. Paul Koffi Koffi, Commissioner in charge of the Spatial Planning and Transport of the West African Economic and Monetary Union (UEMOA) Committee