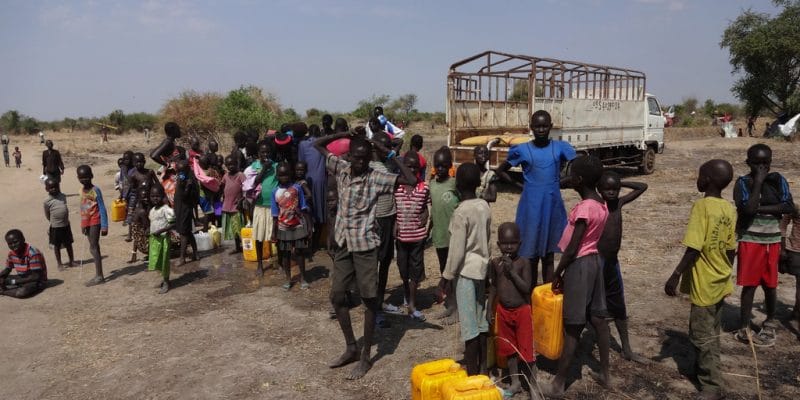 Several water pumping stations have been commissioned in Kassala State, in eastern Sudan, on the border with Eritrea. The projects have been financed by the Government of the United Arab Emirates, which plans to support other ongoing projects in the country.

A wave of protest is currently going through Sudan. While initially the demonstrators protested against the tripling of the price of bread, several other demands crept into the movement, including access to drinking water. In this North African country, which is subject to sanctions from the international community, very few development partners are rushing to support development projects.

However, the current government can still count on the support of several Gulf countries, including the United Arab Emirates (UAE). Its government recently announced that it had funded the construction of four water pumping stations in Kassala State in eastern Sudan, on the border with Eritrea. The water pumping stations are located in Barakat, Abu Talha, Al Alamya and Derehesh. According to the Emirati government, the project should provide drinking water for 150,000 people and also benefit livestock. The water is pumped from the Atbara River, the last tributary of the Nile before its delta.

Abu Dhabi has announced that it will also participate in the financing of the construction of 10 drinking water wells. This other drinking water project is part of the Zero-Thirst project. The objective is to provide drinking water, electricity and water for irrigation to all Sudanese by 2020. As part of this project, at least 5,000 water wells will be constructed across the country. Until recently, Dams Implementation Unit (DIU), the public company responsible for the development of water retention projects, signed an agreement for the supply of drilling equipment with Italian and Arab companies.

The equipment will be used to build 1,000 wells and 19 pumping stations in 13 states, including Kassala. According to Majzoub Abu Moussa, the Minister of Infrastructure and Urban Development, still as part of the “Zero-Thirst” project, 28 feasibility studies are currently being completed for drinking water wells in Kassala State. The total cost for the implementation of the “Zero-Thirst” project is $120 million. It is being financed by the Sudanese government with the support of the Saudi Development Fund.