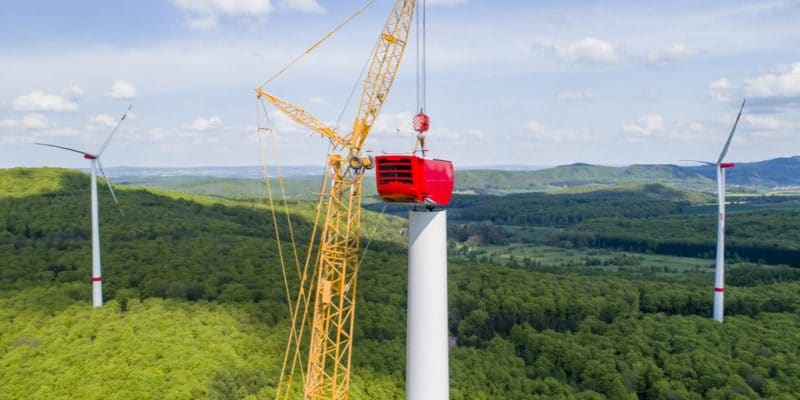 EDF Renewables, a subsidiary of the French electricity company Électricité de France (EDF), has chosen Vestas Wind Systems to build its Wesley-Ciskei wind farm in the Eastern Cape Province. It will provide 34.5 MW to the network of the South African public company Eskom.

Danish company Vestas Wind Systems has been selected to build the Wesley-Ciskei wind farm, located near the town of Peddie, in the Eastern Cape province. It has signed an engineering, procurement and construction (EPC) contract with EDF Renewables, the subsidiary of Électricité de France (EDF) that operates in South Africa as an independent power producer (IPP).

EDF Renewables plans to launch its project before the end of 2019. Vestas will then begin preparing the site for the installation, by the beginning of the first half of 2020, of 10 wind turbines equipped with V126 turbines. Each turbine will produce 3.45 MW. They will rotate with light blades to provide electricity in areas where there is little wind, says Vestas.

Vestas will also carry out all civil engineering work, from the foundations to the installation of the mast carrying the turbine and blades. The wind turbines will be equipped with the VestasOnline Business SCADA system, which allows remote monitoring of the park’s electricity production. After the delivery of the site planned for the second half of 2020, Vesta will start the maintenance contract for the Wesley-Ciskei wind farm.

“The Wesley-Ciskei wind project is of great importance to the Eastern Cape Province. It is the first and only wind energy project located in a former region of the Eastern Cape Province, although this region represents nearly 40% of the province’s land mass and is home to 60% of the province’s population,” says EDF. The company has already signed a power purchase agreement (PPA) with the South African state-owned company Eskom.

This project is being developed by EDF Renewables as part of South Africa’s Renewable Energy Supply Programme (REIPPP). It is a program whose objective is to encourage independent producers of renewable energy (IPP) to invest in the rainbow nation.

Also under REIPPP, Vestas works with several other PPIs. This is the case of Enel Green Power, the renewable energy subsidiary of the Italian company Enel, which is responsible for the Karusa and Soetwater wind projects (294 MW) in the Western Cape province.