Homepage » SOUTH AFRICA: Sawea and Sapvia train in the field of renewable energies 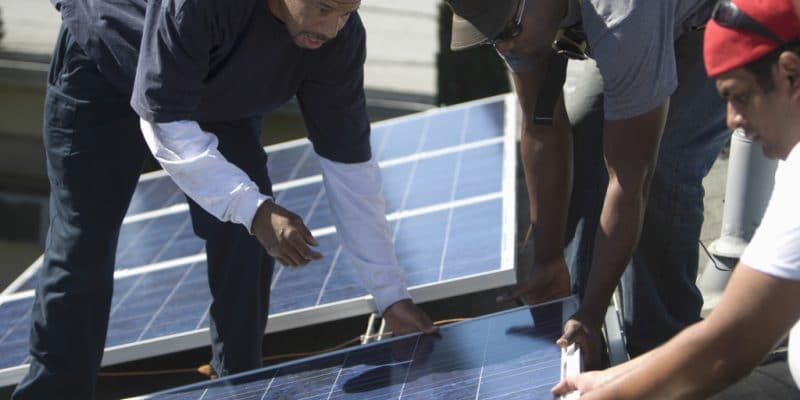 A renewable energy training program was recently launched in South Africa by the South African Wind Energy Association (Sawea) and the South African Photovoltaic Industry Association (Sapvia). Called “Developing Developers”, the program aims to build local capacity to global standards. “We want to ensure that local renewable developers, both existing and potential, have access to the knowledge and expertise needed to take projects from development to commissioning, due diligence and financial closure,” say Sawea and Sapvia.

In concrete terms, the program will be based on exchanges of experience. At least 600 technicians are taking part in the initiative, at a time when this southern African country is developing renewable energy projects. The South African government hopes to increase South Africa’s installed solar and wind power capacity to 19 GW by 2030, through its Renewable Independent Power Purchasing Program (REIPPP).

For example, under the REIPPP, South Africa’s Independent Power Producer (IPP) BioTherm Energy has connected its Excelsior wind farm to the power grid. Located in the Western Cape Province, the facility has a production capacity of 33 MW. A few days ago, the Bokamoso solar power plant went into operation with a capacity of 68 MWp. The electricity generated by the plant is fed into the grid of the state-owned company Eskom under a 20-year power purchase agreement (PPA).