Homepage » SOUTH AFRICA: Potsdam sewage treatment plant to be upgraded in the face of pollution 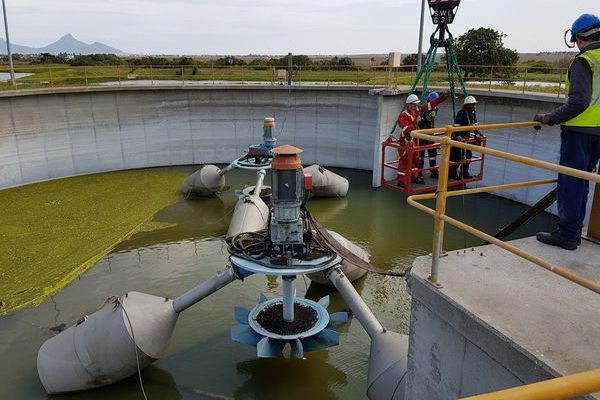 Postdam, located in the Cape Town in South Africa's will fund a R5 billion (over $294 million) upgrade of its wastewater treatment plant. The facility has been struggling for several years to manage the municipality's effluent, which flows into the Milnerton Lagoon.

The operations launched by the Potsdam town council aim to rehabilitate the town’s wastewater treatment plant. The plant located in the suburb of Milnerton is the main wastewater management facility in Potsdam, in the Cape Town in South Africa’s. Currently, the plant is capable of treating 47,000 m3 of effluent per day, a capacity that is insufficient for the Potsdam authorities, given that the city’s population is expected to reach 176,000 by 2022.

The demolition of part of the old plant was completed in 2020. The project will rebuild the demolished part of the plant and install new treatment equipment to replace ageing parts. The belt presses will also be repaired, cleaning the basins and refurbishing the ultraviolet (UV) system among other interventions.

Cleaning up the Milnerton lagoon

The work will double the capacity of the city’s wastewater treatment plant to 100,000 m3 per day. The authorities estimate that it will take R5 billion (more than $294 million) to complete the sewage project by 2026. The aim of the project is to reduce wastewater pollution in Potsdam and preserve the Milnerton Lagoon, where some of the city’s effluent is discharged.

At the same time, Potsdam is also planning to place sandbags in the Erica Road outfall and to create a barrier to prevent waste from reaching the Milnerton Lagoon, which is located in the Diep River catchment. Trash traps will also be installed at identified stormwater outfalls to capture solid waste from Milnerton, Royal Ascott, Joe Slovo and Phoenix.