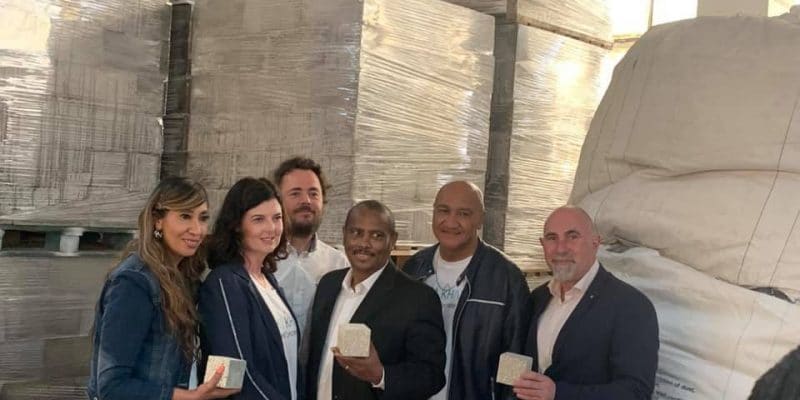 The Polystyrene Association of South Africa has commissioned a plant to recycle polystyrene waste into paving stones. The facility is located in Khaya Khanya, Atlantis, a town in the Western Cape.

A new plant in South Africa has recently begun managing some of the polystyrene waste used to make a wide variety of consumer products in a sustainable way. The facility, which opened on November 1st, 2021, by the Polystyrene Association of South Africa, turns this waste into paving stones. At least 25 tons of polystyrene will be processed and recycled per month. This capacity is expected to increase by at least 5% in the first year of the plant’s life. The facility is located in Khaya Khanya, in the town of Atlantis, Western Cape Province, South Africa.

Manufactured and patented by Hilton Cowie, the pavers that come out of the new plant are used in construction, including homes, clinics, shopping centers and commercial buildings. An 80-square-meter RDP house can absorb at least 550 kg of polystyrene waste.

The manufacturing process of the pavers

Once collected and recycled, the polystyrene is mixed with a special cement aggregate to obtain the pavers. This mixture makes the finished product waterproof and fireproof. These bricks also provide excellent insulation against cold, heat and noise.

According to Adri Spangenberg, the polystyrene manager at Polyco (Polyolefin Responsibility Organization), the Khaya Khanya recycling unit is the first of its kind in South Africa. The Polystyrene Association of South Africa plans to build more facilities in different municipalities in the rainbow nation over the next five years.

Caban Investments helped raise the capital needed to build the new plant and identify local entrepreneurs who will drive the project to recycle polystyrene waste (food packaging, disposable cutlery, take-out food and supermarket meat trays) in South Africa. When returned to nature, this waste dissolves and emits gases, contaminating the air and groundwater in a stealthy way.