Homepage » SOUTH AFRICA: MTN wants to use 100% green energy to feed its grid

SOUTH AFRICA: MTN wants to use 100% green energy to feed its grid 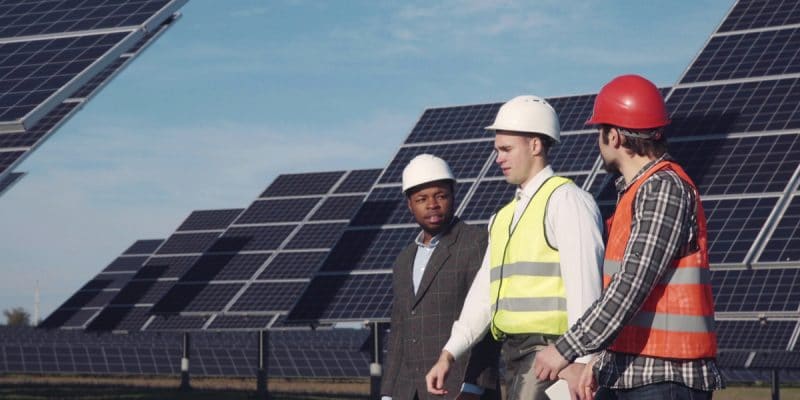 In South Africa, solar and wind energy are gradually gaining ground in MTN's power supply. The country's second largest mobile phone operator plans to increase the share of clean energy in its electricity consumption to 100%. The aim is to overcome the dictates of electricity shortages and reduce its carbon footprint.

For MTN, things are clear. The guarantee of a stable and optimal telecommunications network now depends on electricity generated autonomously from renewable sources. For this reason, the second largest mobile phone operator in South Africa and the rest of the continent, is constantly increasing its initiatives to green its network.

It all started in 2010, when the South African company built a 2 megawatts (MW) methane-fired trigeneration plant. Methane is a clean-burning, reliable and sustainable gas with a constant supply. Thus, the MTN trigeneration plant is the first of its kind in Africa, a project costing 1.4 billion euros, or 22 million South African rand. Located on its headquarters campus in Fairland, Johannesburg, the power station supplies power to a building housing a data centre and a test switching centre. “We intend to increase the generating capacity of the power station by at least 3.2 MW in the near future to make our headquarters completely independent in terms of electrical power,” said Jacqui O’Sullivan, MTN South Africa’s business manager.

Another example, in 2014 in Roodepoort, a town located in the western suburbs of Johannesburg, MTN also inaugurated its Concentrating Solar Power Plant, equipped with 242 solar mirrors that track the sun over a surface area of 484m2.   The plant supplies power to its energy-intensive data centres and has a maximum cooling capacity of 330 kW.

As part of its renewable energy strategy, MTN currently has 32 database stations powered by solar and wind energy. More recently, in 2018, the South African label joined forces with technology giant Huawei of China to deploy the RuralStar project in Africa, an innovative solar network solution for remote rural areas that enables MTN to avoid the use of diesel (a polluting energy source), while supporting the goals of rural digital inclusion, with 40 million farmers connected by the end of 2018.

A country where electric power is not the best shared thing

The green energy production and ecological extension initiatives undertaken by MTN have a double challenge. The South African company wants to reduce its carbon footprint, but also to bypass the country’s electricity supply shortfalls. South Africa currently has a power capacity of about 47,000 megawatts. This energy, produced mainly from coal (52%), covers only 85% of demand, and is difficult to supply by the public electricity giant Eskom, which is facing major financial and technical difficulties.

At a press conference in October 2019 in Pretoria, the Energy Minister, had revised this demand upwards by 2030. “South Africa would have to produce an additional 1500 megawatts from coal to meet the demand,” said Gwede Mantashe. A decision that would increase greenhouse gas emissions and exacerbate global warming, of which South Africans are the first victims in terms of water supply.