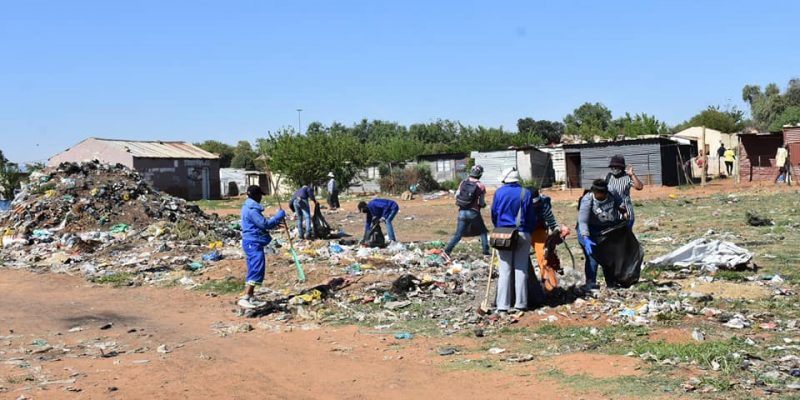 The funding request from the authorities of the Mangaung Metropolitan Municipality was approved on October 15th, 2021. The information was revealed by the South African Deputy Minister of Forestry, Fisheries and Environment, Makhotso Sotyu. The municipality in South Africa’s Free State province is getting 29 million South African rand (about $2 million) to improve its solid waste management. Currently, the municipality does not have a waste disposal policy. As a result, illegal dumpsites are created, which often coexist with the population and businesses.

The municipality of Mangaung also hopes to reduce the pollution of soil and water by solid waste. The local authorities plan to eliminate the illegal dumping of garbage that clogs the streets, while developing more suitable sites. Part of the South African government’s funding will be used to “revitalize two solid waste collection and disposal centres,” says the South African Department of Forestry, Fisheries and Environment. The department sees this as being in line with South Africa’s on-going Expanded Public Works Programs (EPWP).

This program aims at the protection, conservation and environmental sustainability in the southern African country. According to the United Nations Environment Programme (UNEP), South Africa produces an average of 12.7 million tons of waste per year. Approximately 3.67 million tons of this waste is not collected or processed through formal systems, resulting in large amounts of waste being illegally dumped on the streets.

The EPWP will also create job opportunities in several sectors, including waste, and provide skills development to enable beneficiaries to find permanent employment.