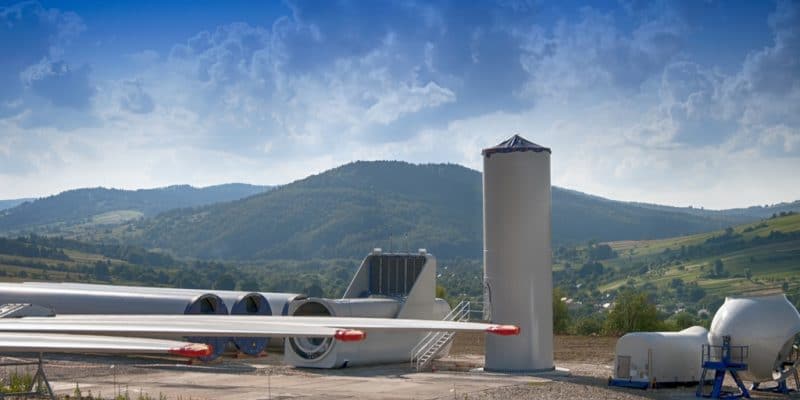 The construction of the Perdekraal and Kangnas wind farms is fast moving forward in South Africa. Located in Cape Town, these parks are owned by Mainstream Renewable Power, an independent power producer (IPP) based in Sweden. They will come into service in 2020 and produce 250 MW.

Mainstream Renewable Power is committed to this, and will commission the Perdekraal and Kangnas wind farms in August 2020. On site, the Spanish-German company Siemens Gamesa Renewable Energy, in charge of construction, is accelerating the work. On the spot, the populations of the provinces of the North Cape and the Western Cape witness the march of machines carrying the components of the wind turbines, namely the blades and nacelles.

In addition, Mainstream estimates that the turbine equipment for its two facilities weighs 56,000 tonnes and ensures that they will all be transported to the Perdekraal and Kangnas sites before the beginning of 2020. “This is a huge job, as we will have more than 1,000 heavy loads crossing the country by January of next year,” says Christo Loots, director of the Kangnas and Perdekraal wind farm construction programme.

In total, Siemens will supply equipment and build all 109 onshore wind turbines equipped with SWT-2.3-108 turbines, each with a nominal capacity of 2.3 MW and a 108 m diameter rotor, for a combined capacity of 250 MW. In 2018, Mainstream provided significant financial support for the implementation of these two wind projects.

A total of €520 million has been injected by several investors, including Lekela, African Rainbow, the Rockefeller Brothers Fund, Old Mutuel Life Assurance and H1 Holdings. The two wind farms will provide electricity to 214,000 South African households through the distribution grid of the state-owned company Eskom.

Mainstream is a well-known independent power producer (IPP) in South Africa. It has already designed and delivered 5 “latest generation” wind and photovoltaic parks with a combined capacity of 600 MW. With these new projects, for which Siemens Gamesa Renewable Energy supplies the turbines, the Swedish company will soon have 850 MW installed throughout South Africa. These projects are part of the South African Renewable Energy Supply Programme (REIPPP), launched by the South African government to encourage PPIs to invest in the rainbow nation.