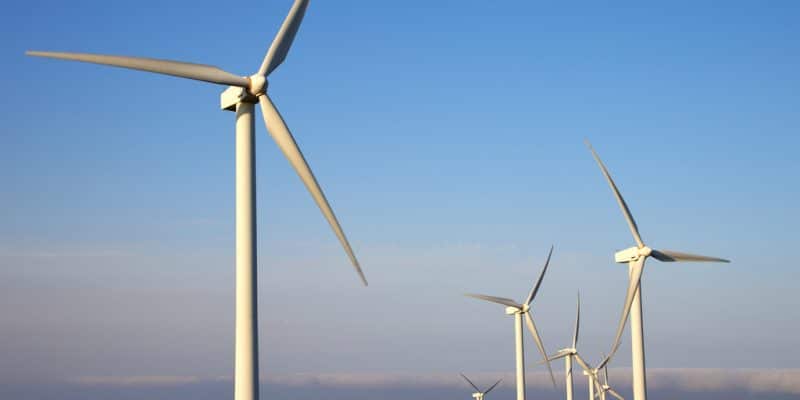 South Africa's ambition to emerge from "all coal" is gradually becoming clearer. The Swedish renewable energy company Mainstream Renewable Power, which will build two wind farms in Kangnas and Perdekraal East, has just raised €520 million for the project.

Never before has a project in the renewable energy sector mobilised so many actors in Africa. This involves the construction of two wind farms in Kangnas and Perderkraal East, with a combined capacity of 250 megawatts. This ambitious project for South Africa saw the mobilisation of players such as Leleka, African Rainbow, the Rockefeller Brothers Fund, Old Mutuel Life Assurance and H1 Holdings, which ensured the success of the fundraising campaign launched by Mainstream Renewable Power.

It was the Swedish renewable energy company that finally completed the bid itself, reaching 6.6 billion rand, or 520 million dollars. This sum should enable the company in Mainstream to start construction in June 2018.

The Kangnas wind farm is expected to produce 140 megawatts and the Perdekraal wind farm in Cape Town is expected to produce 110 megawatts. This is not the first time Mainstream has won this type of market in South Africa. Since 2011, the company, which has offices on five continents and 160 permanent employees, has signed numerous contracts as part of the Renewable Energy Independent Power Producer Procurement project (South Africa Energy Transition Programme, editor’s note).

It has already designed and delivered 5 latest generation wind and photovoltaic parks with a combined capacity of 600 megawatts. With this new contract, for which Siemens Gamesa Renewable Energy will supply the turbines, Mainstream will soon have 850 megawatts installed across South Africa. Our team here in South Africa is extremely pleased to have concluded this fundraising. These two projects represent a community investment of nearly $87 million over 20 years, starting in 2020. “We look forward to the results of the fourth accelerated phase of the Renewable Energy Independent Power Producer Procurement programme, as well as the subsequent phases, which are crucial to ensuring a long-term sustainable energy programme at a lower cost for the country,” said Hein Reyneke, Managing Director of Mainstream, following the financial closing for the construction of the future Kangnas and Perderkraal east wind farms.