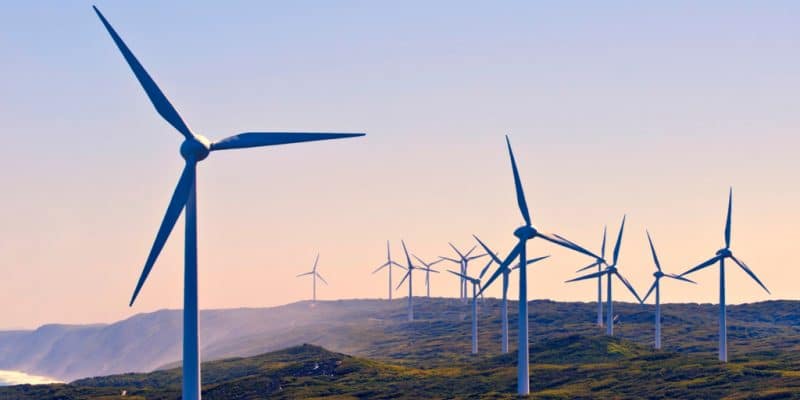 The Boulders wind project will be implemented on the west coast of South Africa. The government has just approved this project, which is highly contested by environmentalists because of its feared impact on the environment.

It is a decision that will certainly not please the environmentalists in South Africa. The South African Department of Environment, Forestry and Fisheries has just given its approval for the development of the Boulders wind farm project near Paternoster, a former fishing village on the west coast of South Africa.

Vredenburg Windfarm wants to build a wind farm on this peninsula between the bays of Saldanha and St. Helena. The project is opposed by environmental activists who fear the impact of wind turbines on the biodiversity of the coast. It should be noted that Saldanha and St. Helena Bays are geographical areas rich in fishery resources that attract many species of fishing birds.

Most of these animals spend the day at sea and return to land at nightfall. The blades of wind turbines could shoot them down in flight. During the breeding season, the birds make several trips back and forth to land to feed their babies. More importantly, as the chicks take flight, they can also easily collide with wind turbines. These turbines, which rotate in the wind, will be installed near Boulders National Park, home to large colonies of bats. These mammals, which fly thanks to their echolocation system (a bit like natural sonar, editor’s note), can easily be hit by the wind turbine blades, which are constantly changing position.

The South African Department of Environment, Forestry and Fisheries says several factors justified its decision in favour of the Boulders wind project. It should make it possible to produce 140 MW, a quantity of electricity which would make it possible to boost the network of the Western Cape province. The project is expected to create 900 jobs during the construction phase (two years) and 60 jobs during the operation of the future facility.

The government has not been deaf to the protests of environmental activists. Although the project has been approved, Vredenburg Windfarm will have to revise its copy, including the site development plan. The government is also forcing a review of the environmental management plan. The proponent of the project would have to submit new proposals to the Ministry of the Environment, Forestry and Fisheries for consideration.

“The negative impact of the wind farm on birds and bats has been raised as a crucial issue by opponents, and one of the changes required by the Department of Environment, Forestry and Fisheries is the establishment of a post-construction bird monitoring plan in line with the most recent guidelines of the bird conservation NGO, BirdLife South Africa, for wind farms,” says the South African Department of Environment.

A bird specialist will be appointed to make a final visit to search for breeding and roosting sites in the wind farm construction area before construction begins. Periodic inspections of the turbines to “remove and discourage” bird nesting are required. The government indicates that nest relocation must be done by a bird specialist. Finally, it also requires a comprehensive bird and bat monitoring programme to be in place during the operational phase of the wind farm, which consists of 45 turbines installed on 44 hectares of land.