SOUTH AFRICA: Ford to equip its Pretoria plant with a 13.5 MWp solar system 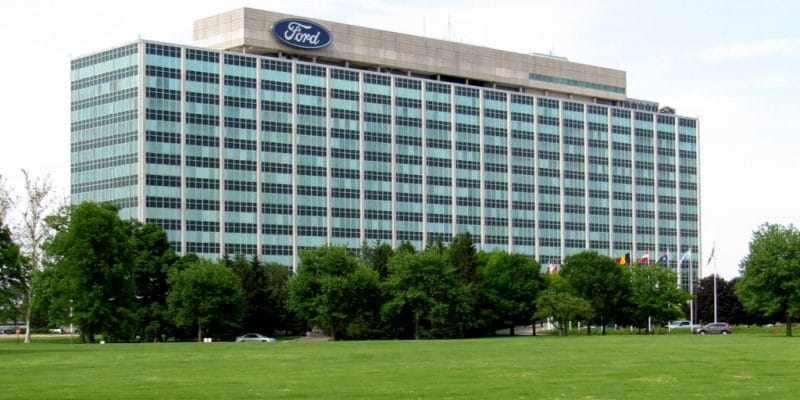 Ford Motor Company of Southern Africa (FMCSA), the subsidiary of the American manufacturer Ford has just announced a plan to ensure its autonomy in terms of electricity and to green its production in South Africa by 2024. For the time being, the company wants to equip its assembly plant in Pretoria with a 13.5 MWp solar system. The solar carport will be built by off-grid supplier SolarAfrica.

While the public company Eskom is multiplying initiatives to improve the quality of its electricity network, Ford Motor Company of Southern Africa (FMCSA) wants to become more energy self-sufficient. The subsidiary of the American automobile manufacturer Ford is launching its “Project Blue Oval”. Between now and 2024, this project will enable the South African branch of the company to disconnect its Silverton factory in Pretoria from the South African national electricity network.

As part of this initiative, the car manufacturer will equip its car assembly plant in Pretoria with a 13.5 MWp photovoltaic solar system. It will be a carport covering the station air of 4,100 vehicles. The system, which will consist of 31,000 solar panels, will require an investment of 135 million South African rand, or nearly 88 million dollars. But this installation will only be able to provide 30 % of the annual electricity needs of the Silverton factory. Hence the need to find other sources of electricity supply.

The carport equipped with solar panels at the Pretoria assembly site will be built by SolarAfrica, an off-grid supplier based in Irene in the Gauteng province of South Africa. Ford is making this project part of its climate change ambitions. 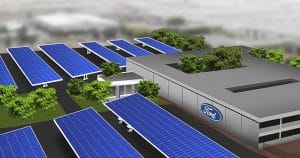 “I am proud to announce that the Blue Oval project in South Africa will set a benchmark for the Ford Motor Company’s goal of using 100 per cent locally sourced renewable energy for all its manufacturing plants worldwide by 2035. It also moves us closer to being carbon neutral globally by 2050, both for our facilities around the world and for our supply base,” said Andrea Cavallaro, Ford International Markets group operations manager.

In order to supply its South African facilities with electricity, the carmaker will necessarily invest in other renewable energy sources such as biomass, biogas and bio syngas. The latter will be produced from reused non-fermentable waste via a pyrolysis system. By investing in this source of energy production, the company will reduce the amount of its waste going to landfill.

Towards the reuse of treated wastewater

Ford’s sustainable resource management policy addresses another no less crucial sector in South Africa, namely water. The manufacturer plans to invest in the reuse of treated wastewater. “Water is (…) a very precious and scarce resource in South Africa. It is too precious to be used just once, so we need to fundamentally change the way we use water, especially in the manufacturing sector,” says David Sonnenberg, the Blue Oval project manager.

Within the rainbow nation, water resources are unevenly distributed across the west of the country, which has fewer resources than the east. But with climate change, water stress has become widespread in the country with water levels falling (in 2019) by 10-60% compared to 2018. The country must now rely on non-conventional water resources such as reuse of treated wastewater and desalination.