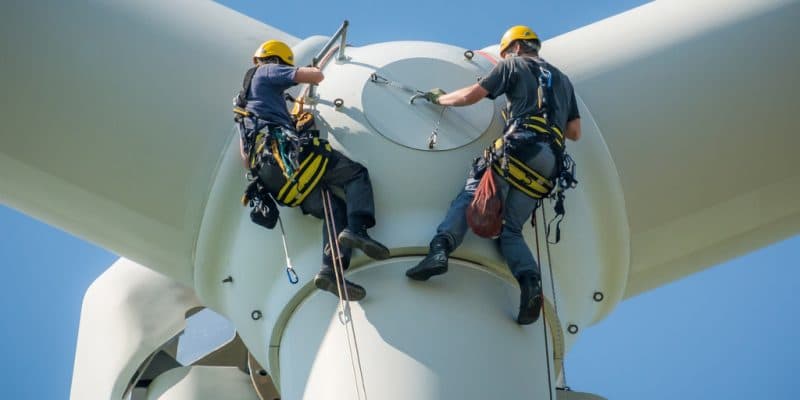 Enel Green Power RSA, the renewable energy subsidiary of Enel, an Italian group, recently announced the start-up of one of its wind energy projects in South Africa; the Nxuba wind farm. Located in the Eastern Cape, it will have a 140 MW capacity.

A new wind farm is in the making in South Africa. It is located in Nxuba, a locality in the Eastern Cape region. Enel Green Power RSA, a subsidiary of the Italian group Enel, which owns the project, recently announced the start of its construction. According to the company, which employs nearly 69,000 people worldwide, the future Nxuba wind farm will be one of the most modern in South Africa.

She promises to create software that will allow the site to be monitored remotely. This new technology is expected to enable faster, more accurate and reliable data collection, improve the quality of construction and facilitate communication between on-site and off-site teams. Ultimately, the new facility will have a capacity of 140 MW.

“With the start of construction of the Nxuba wind farm, which is the first of the five projects awarded to the company, under the call for tenders launched in 2015 in South Africa, Enel confirms its commitment to strengthening its presence in the country,” explains Antonio Cammisecra, head of Enel Green Power. The new wind farm is expected to generate 460 GWh of wind energy annually. This should also reduce CO2 emissions into the atmosphere by 500,000 tonnes over the same period.

The Nxuba wind farm is expected to be commissioned by 2020. According to the power purchase agreement between Enel and Eskom (the South African electricity distribution company, Ndlr), the Italian group is expected to operate the facility over a period of 20 years.

There are four other wind projects in South Africa owned by Enel, such as the Nxuba wind project. These are Oyster Bay, Garob, Karusa and Soetwater. The construction of all these parks is part of the South African Renewable Energy Supply Programme (REIPPP). It is a programme whose objective is to encourage private power producers (PPIs) to invest in the rainbow nation.

All these wind energy projects will produce 700 MW. Before that, it will be necessary to invest 1.2 billion euros. Enel can count on the support of Nedbank Limited and Absa, two South African banks that are investing heavily in the REIPPP programme. Together, the two financial institutions have pledged €950 million. This represents 80% of the investment required. Enel is expected to inject the remaining €250 million.