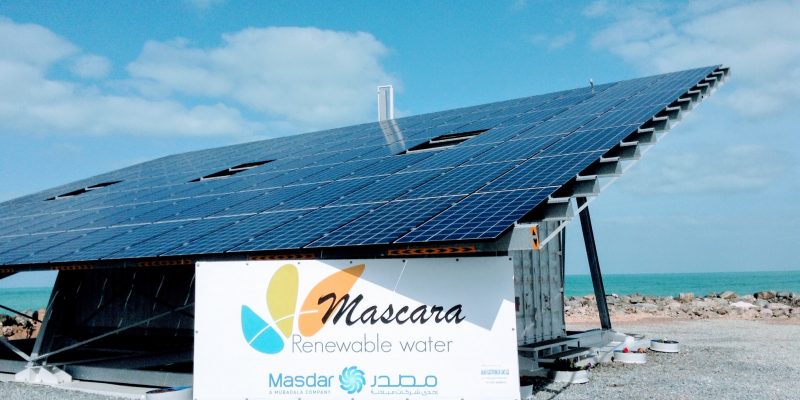 It is the realisation of a project conceived by Erwin Schwella, professor of public leadership at the University of Stellenbosch. With the help of the municipality of Hessequa, he wants to build a seawater desalination plant using solar energy.

Any means are good to resolve the water crisis in Cape Town province, which has been hit by an unprecedented drought in recent months. To do so, South Africans are competing for ideas. Sloane Marine Ltd recently even mentioned the idea of towing icebergs from Antarctica to Cape Town to produce drinking water. But Erwin Schwella’s project is much less utopian.

The professor of public leadership at Stellenbosch University has just launched, with the support of the municipality of Hessequa (located more than 3 hours drive from Cape Town) the construction of a seawater desalination plant that will run entirely on solar energy. It will be commissioned by October 2018 and will then be capable of producing 100 m3 of water per day.

To carry out this project, the French Treasury has provided part of the financing through the Fund for Private-sector Aid and Studies (FASEP by its French acronym), created in 2014 and dedicated to the implementation of green and innovative technologies. Another part of the money came from the Western Cape Government, through a fund it set up to support drought victims.

According to local authorities, this water will supply coastal villages, including Witsand where drought is causing severe water shortages.

According to TWS-Turnkey Water Solutions, which is implementing the project, Osmosun technology will be used for the operation of this future desalination plant. Developed and exported to South Africa by the French company Mascara Renewable Water (project partner), the Osmosun technology can produce up to 300 m3 of water per day (100 m3 per day in 100% solar power) during peak periods such as December. It is an osmosis technology (a diffusion phenomenon in which a membrane between two liquids or solutions allows the solvent, but not the dissolved substance, editor’s note) powered by solar energy, without emitting CO2 into the atmosphere.

Mascara Renewable Water uses this technology to build boreholes and treat water in coastal countries. This is the case in Abu Dhabi, the capital of the United Arab Emirates, where its desalination plant produces 40 m3 of water per day in complete autonomy.