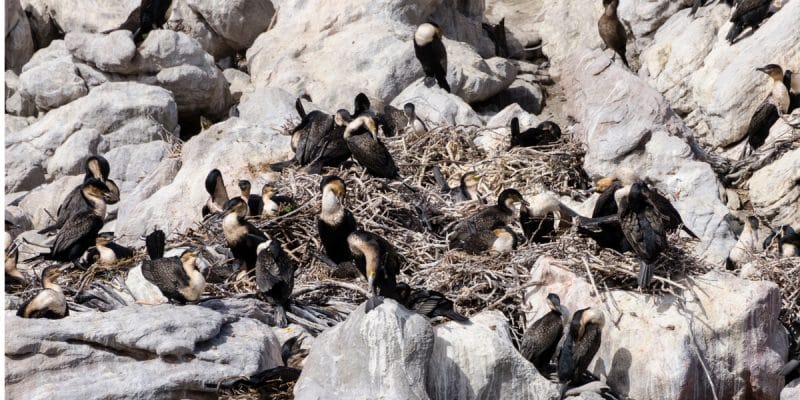 Rescue operations for baby cormorants continue off the coast of Cape Town in South Africa. In January, volunteers from the Southern African Coastal Bird Conservation Foundation (Sanccob) rescued more than 1,800 cormorant chicks, abandoned by their parents due to lack of food. Scientists blame the lucrative industrial fishing industry, which is worth about €335 million a year and employs more than 30,000 people.

In Cape Town, South Africa, teams of volunteers continue to take turns at the headquarters of the Southern African Coastal Bird Conservation Foundation (Sanccob), located on the southwest coast of the country. At this international organisation dedicated to the rehabilitation of seabirds, the operation involves the care of more than a thousand cormorant chicks, abandoned by their parents on Robben Island, off the coast of Cape Town. The baby cormorants are manually fed and hydrated through a plastic tube placed in their throat. They are then cleaned and weighed. Those weighing between 300 and 600 grams can be released when they reach 1 kilogram.

A consequence of overfishing

This operation has been going on since mid-January 2021, after more than thousands of baby cormorants were suddenly abandoned by their parents off the Cape. Of the nearly 1800 chicks brought to the Sanccob seabird clinic, 900 died during transport. “At first we thought the birds were abandoned because of the hot (austral) summer. But together with other scientists, we now think that lack of food is probably the cause,” says Nicky Stander, one of the Sanccob managers.

So, according to the scientist, the inability of parent cormorants to feed their young is caused by overfishing, which is plundering the oceans. “We’ve been seeing emaciated birds coming into the centre for years. If the Cape cormorants can’t find enough fish in the wild, then they may continue to abandon their eggs and chicks, causing a further decline in the already threatened species,” she adds.

The cormorant is a medium to large (45-100 cm) aquatic bird with an elongated body, a long neck and a powerful, hooked beak. The International Union for Conservation of Nature (IUCN) classifies it as a “near threatened” species due to declining numbers caused by oil pollution and, above all, sharp fluctuations in fish stocks.

The South African government would benefit from regulating the fishing industry, not only to reduce its negative impact on biodiversity, but also to continue to benefit from its economic contribution. According to official sources, the South African fishing market had a turnover of €335 million in 2020, employing almost 30,000 people. This is an economic contribution that the southern African country cannot afford to lose, as it is facing economic shocks due to the Covid-19 pandemic.