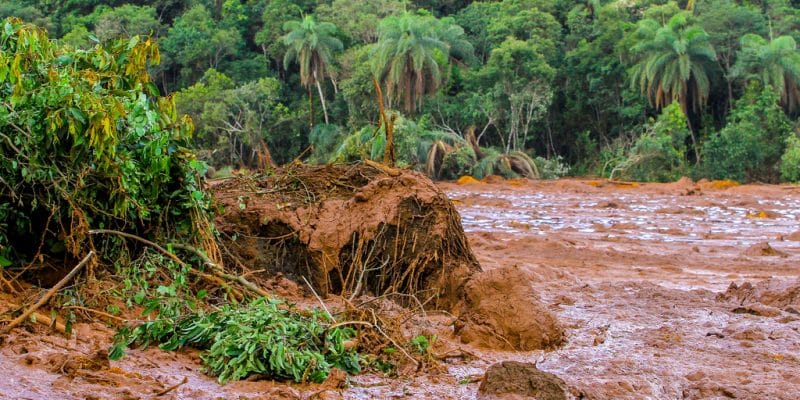 The Zululand Anthracite coal mine (ZAC), located in the province of KwaZulu-Natal, is causing controversy after the collapse of its dam. The dam spilled 1,500,000 liters of mining waste into the surrounding land and rivers. Many consequences are expected on biodiversity and human activities.

In South Africa, mining waste is contaminating rivers, ponds and groundwater used by rural communities in the KwaZulu-Natal province. This is the consequence of the collapse of the dam at the Zululand Anthracite coal mine (ZAC), located 25 km from Nongoma and 40 km from Ulundi.

The accident occurred on December 24th, 2021, when coal mining effluent leaked from a collapsed dam at the ZAC mine. At least 1,500,000 liters of polluted mining waste flowed near homes, before flowing into the Black Umfolozi River, which flows through subsistence farming areas and the Hluhluwe-iMfolozi Game Reserve on which people depend for drinking water and livestock watering.

While there are no reports of human, domestic animal, fish or wildlife deaths, there are fears of significant pollution of the Black Umfolozi River within the 96,000-hectare Hluhluwe-iMfolozi protected area. According to our Daily Maverick colleagues, the charcoal black colour reduces visibility for aquatic life. For the record, Hluhluwe-iMfolozi is one of South Africa’s oldest game reserves and is home to a large population of black and white rhinos, as well as other protected species.

In response to the tensions caused by the accident, the mine owners, who blame heavy summer rains, have been ordered to extend ground and surface water pollution monitoring points as far south as the Lake St. Lucia estuary, where the Umfolozi River flows into the sea.

According to the U.S.-based Union of Concerned Scientists, coal mining and washing operations produce highly acidic water pollution that may also contain toxic heavy metals such as arsenic, copper, lead and manganese.

From spill… to environmental litigation

Following a petition from a resident of the affected area, a full investigation will be launched concurrently by the Department of Mineral Resources and Energy and the South African Human Rights Commission into the reasons for the collapse of the slurry dam and the permitting of a washing station at the coal mine and a slurry pond in terms of environmental legislation.

The Zululand Anthracite mine has been operating for over 30 years and has been involved in several controversies during that time regarding water pollution, “illegal” expansion, and water shortages in nearby rural communities. In 2014, the mine was fined 497,000 rand (more than $32,000) by the KwaZulu-Natal Department of Environmental Affairs for creating three new coal mining pits without prior approval.