Homepage » SOUTH AFRICA: 63 penguins stung to death by a swarm of bees

SOUTH AFRICA: 63 penguins stung to death by a swarm of bees 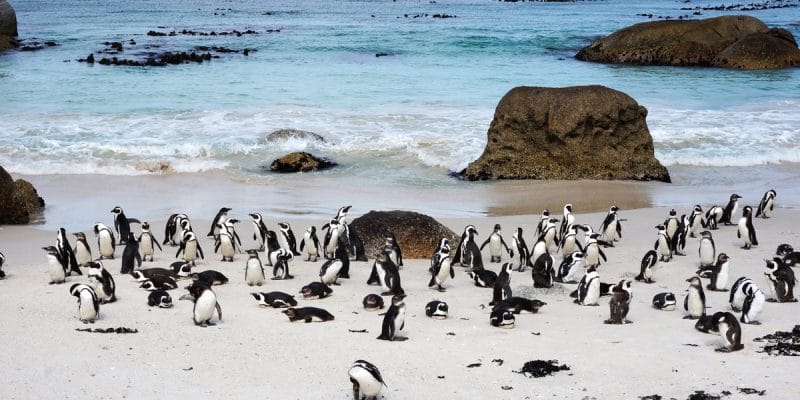 It's a rare and unusual occurrence in South Africa. Sixty-three African penguins were killed by bees on a beach in Simon's Town, about 40 kilometres from Cape Town. The Southern African Coastal Bird Conservation Foundation (Sanccob) deplores a tragedy that has accelerated the decline of a species classified as endangered by the International Union for Conservation (IUCN). In 2019, scientists counted some 13 000 pairs worldwide, mainly in South Africa and neighbouring Namibia.

South African authorities are panicking at the prospect of losing their penguin population altogether. Sixty-three individuals of this species, classified as endangered by the International Union for Conservation of Nature (IUCN), were found dead on a beach in Simon’s Town, about 40 kilometres from Cape Town. According to the results of the autopsy commissioned by the South African National Parks Authority (SANParks), the penguins died after being stung by a swarm of bees between Thursday 16 and Friday 17 September 2021. “We found bee stings around the eyes of the penguins,” says David Roberts, a clinical veterinarian at the Southern African Coastal Bird Conservation Foundation (Sanccob). This is a rare and unusual phenomenon,” he says. It affects an endangered species in a national park, where bees are part of the ecosystem.

South Africa is home to the world’s largest penguin colony. Once very numerous, there are now only 13 000 pairs recorded worldwide in 2019, mainly in South Africa and neighbouring Namibia. This makes them an endangered species, according to the International Union for Conservation of Nature (IUCN). And according to Sanccob figures, over the past 30 years South Africa has lost 73% of its penguins. “If the current population decline continues, the African penguin could disappear from the west coast of South Africa in 14 years’ time,” the Foundation warns.

Scientists believe that the decline in the African penguin population is caused in particular by overfishing, which drains their food reserves. Scientists also point to sea pollution and global warming, which is increasing the temperature of the waters.