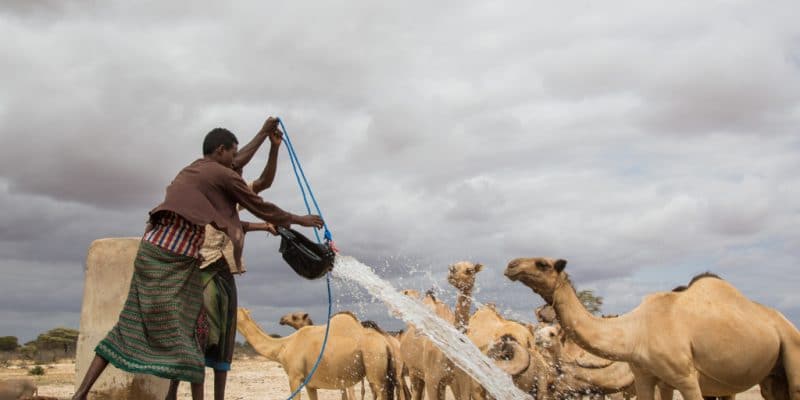 Somalia is releasing its national water resources management strategy 2021-2025. The roadmap will use the current context of persistent drought to build resilience.

Like most countries in the Horn of Africa, Somalia has been hit hard by drought. The phenomenon, partly caused by climate change, is drying up the water resources needed by the population.

In its strategy document presented on October 3rd, 2021 in the capital Mogadishu, the Somali government plans to support the resilience of populations to water stress through appropriate management and use of available resources. “Water is invaluable for the socio-economic development of the Somali people,” said Somalia’s Minister of Energy and Water Resources, Hassan Abdinur, launching the “National Water Resources Management Strategy”. The official also stressed the need to build capable and competent institutions at the federal, state and municipal levels to effectively address the current problems in the water sector and allow for further development in a collaborative manner.

Somalia’s new water management roadmap is the result of a consultative process. The national strategy unveils 13 projects that will further the plans and sub-strategies outlined in the document. The case of Jubaland was particularly highlighted by the Somali government as one of the states most affected by drought. The phenomenon also has a real impact on agricultural production, livestock, and drinking water coverage.

The national strategy for water resources management, up to 2025 is based on the development objective stipulated in the National Development Plan 2020-2024 (NDP9). This ninth plan aims at economic growth and poverty reduction over the next five years in Somalia.