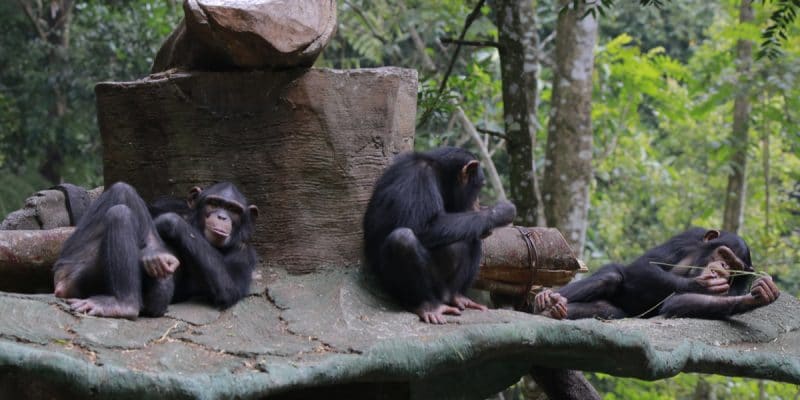 Tacugama Chimpanzee Sanctuary (TCS) has expanded its portfolio to four national parks. The chimpanzee sanctuary has just been awarded the contract to manage and safeguard Outamba Kilimi National Park (OKNP), located in the north-east of Sierra Leone. This is the fourth park managed by TCS in Sierra Leone. The 3-year contract will be executed in partnership with another chimpanzee conservation organisation, the Wild Chimpanzee Foundation (WCF).

The Outamba Kilimi National Park (OKNP), located in the north-east of Sierra Leone, will benefit from the expertise of two conservation organisations for 3 years. Tacugama Chimpanzee Sanctuary (TCS), a private organisation that rehabilitates baby chimpanzees taken from their parents by poachers, and the Wild Chimpanzee Foundation (WCF), a multinational chimpanzee conservation organisation founded by primatologist Christophe Boesch in 2000, have been contracted by the European Commission (EC) to co-manage OKNP.

“We will address the park’s transboundary challenges, conduct a census of the park’s wildlife, provide livelihood support to local communities, carry out environmental education initiatives and eventually launch an eco-tourism enterprise within the park,” says TCS.

The Sussu, a community uniquely left inside the park

For several years now, the European Commission’s environmental policies have emphasised the preservation of the communities surrounding biodiversity conservation projects. For this reason, the terms of reference submitted to TCS and WCF in the OKNP include a point on supporting the livelihoods of local communities. These include the Sussu. This community, which makes up the bulk of the OKNP staff, lives inside the park. They have been left there because of the ancestral sites and graves they have in the park. However, the Sussu have agreed to harvest in a sustainable manner. Mining and hunting are also prohibited.

In order to strengthen the livelihoods of the Sussu, an eco-tourism enterprise is planned within the park.

Located in the northwest of Sierra Leone near the border with the Republic of Guinea, OKNP is divided into two areas. Outamba (741 km²) and Kilimi (368 km²). The area became a game reserve in 1974 and was officially designated a national park in October 1995.

The park’s wildlife includes primates such as chimpanzees, colobus monkeys and sooty mangabeys. Hippos, pygmy hippos, elephants and warthogs are also among the park’s iconic animals.