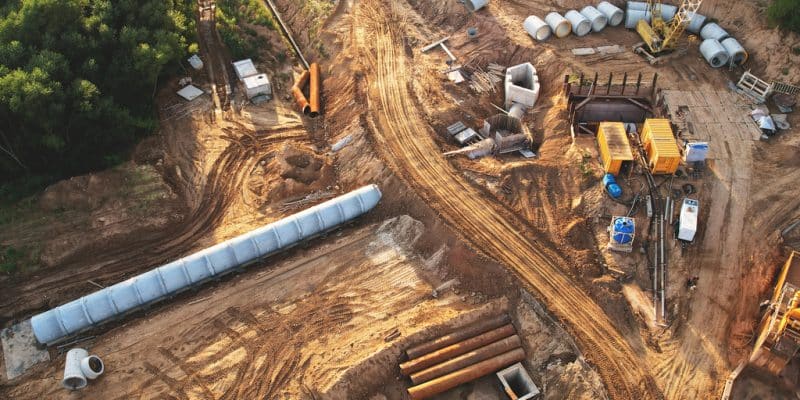 Faced with the lack of sanitation and water supply networks in the town of Touba, the Senegalese government is launching work to counter the precarious connection in this religious city located 194 km east of the Senegalese capital Dakar.

In Senegal, the dilapidated state of certain water facilities (boreholes, pipes, water towers) in the city of Touba, the headquarters of the Muslim brotherhood of the Mourides, is the cause of the shortage of drinking water. At a time when this religious city is in the midst of preparations for the great Magal pilgrimage to be held on 14 and 15 September 2022, the Senegalese government wants to strengthen the sanitation and water supply system.

It is within this framework that the Senegalese Ministry of Water and Sanitation has recently equipped the holy city with 24 pumping trucks to allow the evacuation of stagnant rainwater during this period of heavy rains. “These trucks will intervene a few days before and after the Magal to clear the water points without enforcement. We had to visit the basin of Keur Kab. Pipes are being laid to ensure pumping to this basin, which has a greater capacity,” said Serigne Mbaye Thiam, Senegal’s Minister of Water and Sanitation.

At the same time, the National Sanitation Office of Senegal (ONAS) will deploy 50 hydrocureur trucks to empty the pits and install mobile toilets in most of Touba’s neighbourhoods such as Darou Khoudoss, Gouye Mbind, Touba Mosque, Khaira, Guédé Bousso, Samer, Ndame and Madiyana. In addition, four boreholes with a unit flow rate of 120,000 m3 per hour have been commissioned.

According to the Senegalese authorities, these various installations are intended to integrate Touba into an overall urban planning programme. This will facilitate the supply of drinking water to this city in the Diourbel region, which is home to 30% of Senegal’s population. The initiative of the government of this West African country comes at the end of the “Touba, xepp ndox mu neex”.

This is an operation launched in March 2022 by the local authorities and which allowed the transfer of water from Lake Guiers (considered the largest freshwater reserve in Senegal with an area of 300 km2, editor’s note) for the supply of water to the people of Touba. This operation also benefited from the support of Cheikh Ahmadou Bamba University. In the long term, it will allow three agricultural campaigns per year and will thus contribute to the fight against youth unemployment in the region.