SENEGAL: “One million water tanks for the Sahel” programme launched 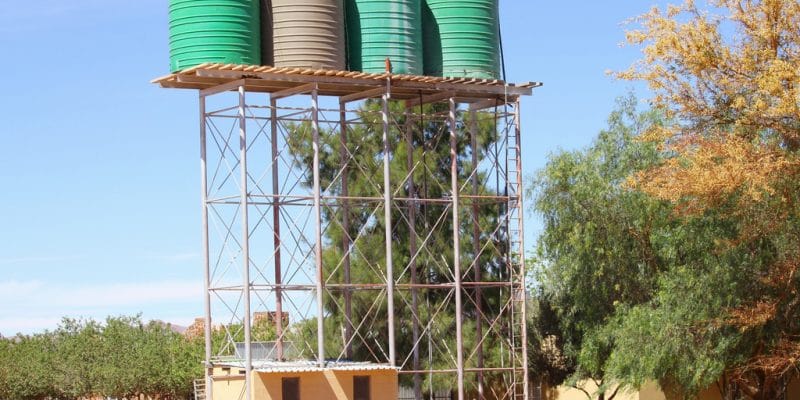 FAO and the Senegalese authorities recently launched a project in Diamniadio, some 30 km from Dakar, entitled "Strengthening the resilience of vulnerable women in Senegal and the Sahel through climate change adaptation, agro-ecology and livelihood diversification". A thousand Senegalese should benefit from this project which is part of the "One million tanks for the Sahel" programme.

In Diamniadio, western Senegal, the country’s authorities and the Food and Agriculture Organization of the United Nations (FAO) launched the programme “Strengthening the resilience of vulnerable women in Senegal and the Sahel through climate change adaptation, agro-ecology and livelihood diversification”. It is a Senegalese government project that is part of the “One million water tanks for the Sahel” programme, led by FAO.

This initiative concerns three agro-ecological zones in Senegal. These are the Kaolack, Tambacounda and Louga regions; three regions of the country where people are facing the effects of climate change which manifests itself here through rainfall scarcity. Access to groundwater is also very difficult. “The Government’s objective through this project is to enable thousands of people to adapt to climate change, improve their food and nutrition security and strengthen their resilience,” said Papa Abdoulaye Seck, Senegal’s Minister of Agriculture and Rural Equipment.

Concretely, this project aims to provide access to water during the dry season for the populations of the regions concerned. Thus, two types of tanks were built during the pilot phase of the project: 15 to 20 m3 tanks (in the Louga and Tambacounda regions) capable of providing drinking water to a family of 5 to 7 people during the dry season (the dry season here lasts 7 months, editor’s note), as well as an irrigation supplement for family vegetable gardening of about 10 m2. 50 m3 cisterns were also installed on land belonging to women’s groups to provide them with additional water for irrigation at the end of the rainy season for market gardening. A total of 10,000 women will benefit from 3,000 rainwater cisterns.

The “one million tanks for the Sahel” programme

In Senegal, the project “Strengthening the resilience of vulnerable women in Senegal and the Sahel through climate change adaptation, agro-ecology and livelihood diversification” will be implemented by FAO with the National Agency for Agricultural and Rural Council (known by its French acronym as ANCAR) and other national partners.

FAO estimates that in this West African country, tens of millions of cubic metres of rainwater pour into the sea every year while women in rural areas travel tens of kilometres every day to find water for their families. The “one million tanks for the Sahel” project has been set up with the aim of improving rainwater management. Launched by FAO, it was inspired by the “Zero Famine in Brazil” initiative, one of the components of which is access to water. Since then, 1.3 million tanks have been built, benefiting 12 million people in the arid zones.