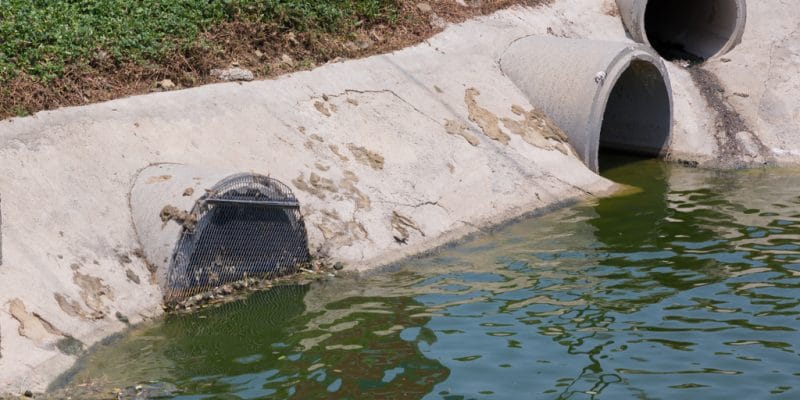 Sanitation systems to fight floods have recently been inaugurated in several municipalities in Dakar, the capital of Senegal. The construction of these facilities cost CFAF 1.3 billion (nearly €2 million).

People in several districts of Dakar are now benefiting from improved sanitation services, thanks to newly built rainwater management facilities that have just been put into operation in Senegal’s capital. They were inaugurated by the National Sanitation Agency of Senegal (Onas), during a ceremony presided over by Serigne Mbaye Thiam, the Senegalese Minister of Water and Sanitation.

In the Reubeuss area, a rainwater pumping station was commissioned. It is connected to a sewerage network designed to channel rainwater (perhaps waiting one day for the creation of a separate network). During the rainy season, several parts of Reubeuss were previously flooded. Remediation work was also carried out in the municipality of Gueule Tapée-Fass-Colobane. In the Baye Laye District, several households have been connected to the sewerage system.

In the commune of Yoff, located northwest of Dakar, the work made it possible to connect the house of the Khalife of the Layenes (the brotherhood) to the network. And in the suburbs of Thiaroye, schools and the cemetery have been connected to the rainwater drainage system.

The new facilities are expected to reduce flooding in the affected municipalities during the rainy season. The implementation of this collective sanitation project cost CFAF 1.3 billion (about €2 million). The funds were drawn from the Consolidated Capital Budget (CCB). This budget has been decentralised, precisely to serve more decentralised local authorities. It is part of the annual framework for programming and monitoring the execution of investment expenditure financed from budgetary resources.