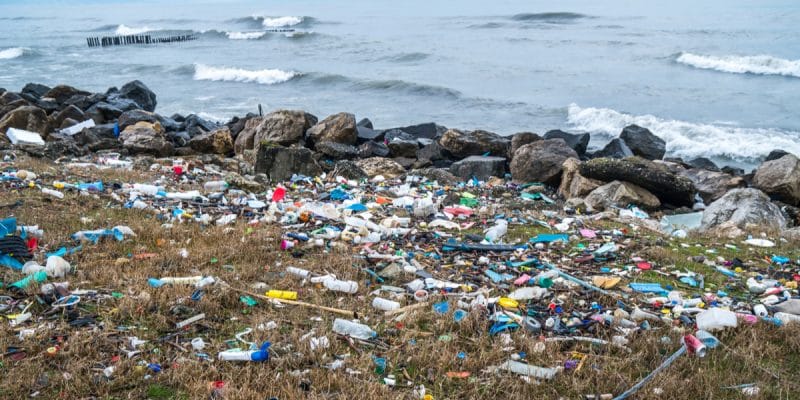 Greenpeace Africa has just welcomed the Senegalese government, which has committed itself to a "Zero Waste" policy. However, the NGO calls on the Senegalese authorities to place particular emphasis on the eradication of single-use plastic packaging. Pollution from this waste has reached a critical level. According to Greenpeace, the equivalent of a plastic truck enters our oceans every minute.

Greenpeace calls on the Senegalese authorities to take firm and concrete action against single-use plastics. This applies in particular to plastic packaging with a thickness of less than 60 microns, as well as bags, water bags, bottles, cups, etc.

The call was launched on April 30, 2019 by Greenpeace Africa’s ocean campaign manager. Dr. Ibrahima Cissé, first of all, welcomed the “Zero Waste” initiative launched by the President of the Republic, Mr. Macky Sall, for the attention of the political and territorial authorities. “It is with great interest that Greenpeace Africa has followed the motivation created by President Sall’s initiative and the association encourages the Senegalese government, territorial and local authorities and all Senegalese citizens to engage in this battle,” he said. Before also urging the Senegalese authorities to put in place concrete measures to combat all forms of pollution, in particular that caused by single-use plastics.

In Senegal, despite the existence of a law banning single-use plastic bags of less than 30 microns, the urban landscape continues to be threatened by this plastic waste, most of which consists of disposable bags, packaging and water bags. These single-use plastics are found along the sidewalks and main streets of all major cities across the country.

Greenpeace is committed on several fronts against single-use plastics

Greenpeace is present in more than 55 countries around the world, where it campaigns for the protection of the environment. On Earth Day, April 22, 2018, the Africa branch of this international NGO joined the global movement of more than one million people called #BreakFreeFromPlastic, to demand that the world’s largest companies (Coca-Cola, Pepsi, Nestlé, Unilever, Procter & Gamble, McDonald’s and Starbucks) reduce their production of single-use plastics.

In total, this global movement had carried out 239 clean-up operations in 42 countries, including five in Africa: Senegal, South Africa, Kenya, the DRC and Cameroon. The aim of this action was to identify the large companies responsible for this situation, on the basis of the “name and shame” principle, but also to show that it is quite possible to live in a healthy environment.

Plastic pollution is all the more worrying because every minute, according to the United Nations Environment Programme (UNEP), the equivalent of a plastic truck enters our oceans. Choking and intermingling marine life, including seabirds, turtles and whales. Plastics are responsible for the death of hundreds of thousands of marine creatures every year.

However, according to the coordinator of the United Nations Environment Programme (UNEP) Global Programme of Action for the Protection of the Marine Environment from Land-Based Activities, there is a glimmer of hope on the horizon for Africa. “Efforts by African governments to reduce the use of single-use plastics must be emulated and replicated worldwide,” said Habib el-Habr, in a statement made on March 12, 2019 in Nairobi, Kenya, at the fourth session of the United Nations Environment Assembly.

A capacity-building programme initiated by UNEP is currently under way on the continent to raise awareness among the youth of the dangers of the use of single-use plastics.