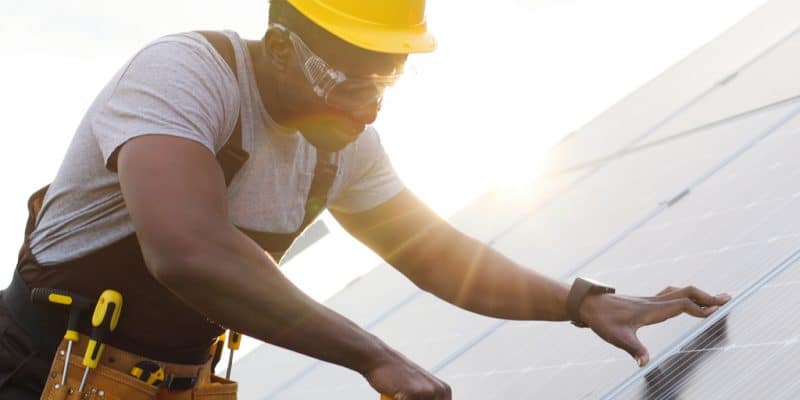 The Deutsche Gesellschaft für Internationale Zusammenarbeit (GIZ), the German cooperation agency, and GFA Consulting Group, a European consulting firm, recently financed the training of 40 young people from the Suelle council, in Bignona in southern Senegal, in the field of renewable energy, specifically the repair of solar energy equipment. This was within the framework of a training and integration project (PFI), piloted by the programme "Réussir au Sénégal".

Senegal is making progress in the field of renewable energy. After acquiring a solar kit or a mini-grid, rural populations will now be able to have them repaired at home in the event of a breakdown. A pool of young people qualified in solar system repair has just entered the job market. They are 40 young people from the Suelle council, of the Bignonan division, in the south of Senegal.

They have been equipped as part of a training and integration project (PFI), piloted by the “Réussir au Sénégal” programmed and financed by the Deutsche Gesellschaft für Internationale Zusammenarbeit (GIZ), the German cooperation agency, and GFA Consulting Group, a European consulting firm active in the development cooperation sector. The 40 starters are now able to diagnose, troubleshoot and even install solar systems in villages in the Bignona division. They have already started the field raids. To date, they have reportedly toured dozens of villages, where numerous breakdowns have been recorded on lighting equipment such as solar lamps, batteries, solar panels, etc. The project also concerns solar pumps dedicated to the irrigation of the plantations.

An initiative of the “Succeeding in Senegal” programme

For the time being, repairs on the solar systems in the villages of Bignona are generally taken care of by the “Réussir au Sénégal” programme, with funding of more than 4 million CFA francs, or more than 6,097 euros. The programme underway in Senegal aims to raise awareness, build the capacity of young people and promote entrepreneurship.

The repair of solar equipment should enable rural populations to benefit from continuous access to electricity. The electrification rate in rural areas barely reaches 33% in Senegal, compared to 65% nationally. However, the use of solar kits is a temporary solution.

In order to accelerate electrification in rural areas, the government of Senegal recently decided to exempt equipment for the production of renewable energy, including solar energy, from VAT (value added tax). According to the Senegalese Ministry of Oil and Energy, the new measures will reduce the acquisition costs of green energy production equipment by 18%.

An investment of 1 billion dollars by 2030

Senegal also has the ambition to invest about one billion dollars for rural electrification by 2023. In addition to reducing the energy divide, the announced investments should also contribute to increasing the share of renewable energies in the electricity mix. For Senegal is, until now, largely dependent on fossil fuels, which represent up to 90% of the energy mix. A costly solution, which in 2015 represented 10% of GDP.