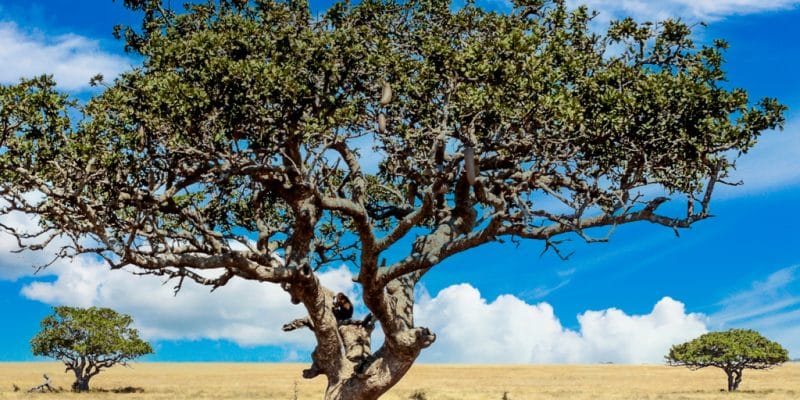 To combat the advancing desert in Senegal, the Saudi company Azila Gum has planted about 15,000 hectares of Senegal acacia trees on degraded land in Dahra in the Djolof region. An initiative that will help recover lost land in this West African country.

The Saudi Arabian company Azila Gum Company has planted 15,000 hectares of acacia Senegal trees on degraded land in Dahra, in the Djolof region, which is part of Senegal’s Sahelian zone. Anour Rallaini, the Saudi company’s director of operations, told the African Journalism Forum (AJF) that these plantations are veritable “water, soil and air pollution control factories.

Acacia trees in Senegal are resistant to extreme heat, capture and filter water, regenerate the soil, while their foliage can absorb carbon dioxide and release oxygen through photosynthesis. Thus, the plantations of acacias fight against desertification and global warming that threaten the region.

Established in the council of Dahra since 1999, the Saudi company specializes in the cultivation of acacia Senegal from which gum Arabic is extracted and used in industry, food processing, cosmetics, pharmaceuticals and textiles.

In Senegal, the advancing desert threatens up to 34% of the cultivable land. In 2018, the country’s authorities announced the Green Senegalese Emerging Plan (PSE), to preserve forest ecosystems. This is a reforestation program worth a total of 50 billion CFA francs (or just over 76 million euros) that also includes the creation of a forest research and action center.

According to Enda Energie, a local NGO that fights desertification, this phenomenon has led to the loss of approximately 30.88% of forest ecosystems. Agriculture has not been left behind, with a significant drop in crop yields. In 2011, crops related to the rainy season, such as millet and peanuts, have recorded losses of 26.36% and 21.56% respectively. And here again, acacia works miracles, since its leaves make the soil more nitrogenous and it is possible to combine it with crops such as beans or small millet, which do not generate nutritional competition with this tree.