Homepage » SENEGAL: alert on the environmental impact of the future port of Ndayane

SENEGAL: alert on the environmental impact of the future port of Ndayane 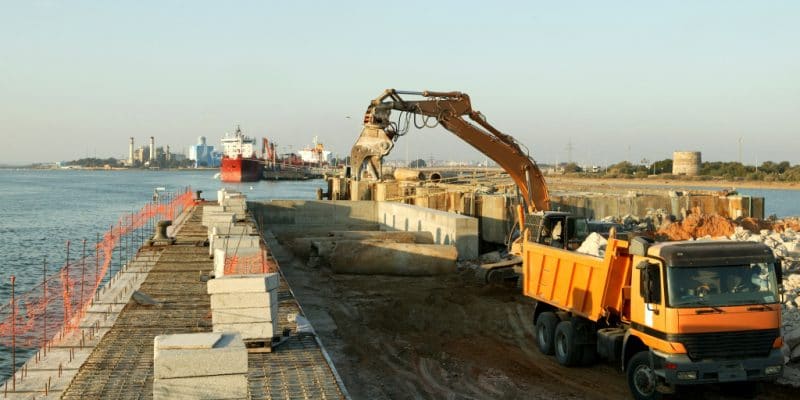 Since the announcement of its construction in 2017, the port of Ndayane in Senegal has always provoked strong reactions from local residents and civil society actors. The latter, who are opposed to the construction of this infrastructure, denounce the expropriation of land for the benefit of pollution and the destruction of marine ecosystems in this area where biodiversity is flourishing.

By planning to requisition 18,000 hectares of coastal land, to dredge the seabed to a depth of 20 meters, and to have more than 1,000 trucks circulate daily, the Ndayane Yenne port project in Senegal is poised to disrupt the local ecosystem. This is not approved by several environmental analysts and local residents, while the commissioning of this new port built by DP World is announced for 2026.

As a member of the association for the defense and protection of the site of Ndayane, Massogui Thiandoum explains that in this area, endangered species come to breed on the beach of Toubab Diaw. “We have observed marine turtles that come to lay eggs on the beach, humpback whales in the sea. All these marine ecosystems will be destroyed by a port that will extend over thousands of hectares of sea,” says this resident.

For some observers, the impact on marine ecosystems will be even more harmful once the infrastructure is put into service. If for them the future multifunctional port does not respect environmental standards, the fauna and flora of this locality will disappear. The actors believe that the promoters and the Senegalese authorities have not measured the seriousness of the environmental and ecological impact of this port in the localities of Toubab Dialaw, Yenne and Ndougouma.

The threat to species and local fisheries

In the council of Ndayane-Yenne and along most of the coastline, communities are settled with activities revolving around fishing and the marketing of fish products. The traffic of boats and other marine transport equipment, the noise of the machines and the numerous toxic substances such as motor oil and fuel spilled into the water, are elements that inevitably impact the biodiversity and the ecosystem in this locality.

If the project is implemented, the Ndiongop Lagoon (Toubab Dialaw), a nature reserve and bird park, will disappear. The port infrastructure will wipe out the beaches, fauna and flora in a part of the Dakar region where it is still possible to observe wild animals in the wild.

Dredging of the seabed to a depth of 18 meters is planned to allow large ships to dock in the future port, which is far from reassuring Mamadou Berté, architect and president of the Rally of Ecologists of Senegal (RES). “In this area, the seabed is between 6-7 meters and once dredged, the sea level will rise along the entire coast, from Thiaroye to Joal. The consequences of such a situation are difficult to imagine. And it is not only nature that is likely to suffer,” he says.

The government’s response is still awaited…

While the construction of the port of Ndayane is denounced by some civil society organizations, thousands of jobs are announced by the President of the Republic of Senegal, Macky Sall, who presided over the ceremony of laying the foundation stone on January 3, 2022. According to Ababacar Sadikh Bèye, Director of the Autonomous Port of Dakar, the project will require nearly 1,000 billion CFA francs (more than 1.5 billion euros) in direct foreign investment. The port, which will relieve congestion at Dakar, will be built in three phases on areas of 600, 1,200 and 1,800 hectares.

To ease tensions, the authorities could in the next few days make available the studies carried out in order to inform the local populations and environmentalists about the short- and long-term ecological impacts. Also, the mobilization of technical skills necessary to understand the economic and environmental issues of this site.

In addition, experts suggest that an inventory of endemic animal species, particularly ornithological species, be carried out on the impacted sites. Traditional practitioners could also be invited to the discussion table to obtain information on the species to be saved for the traditional pharmacopoeia.