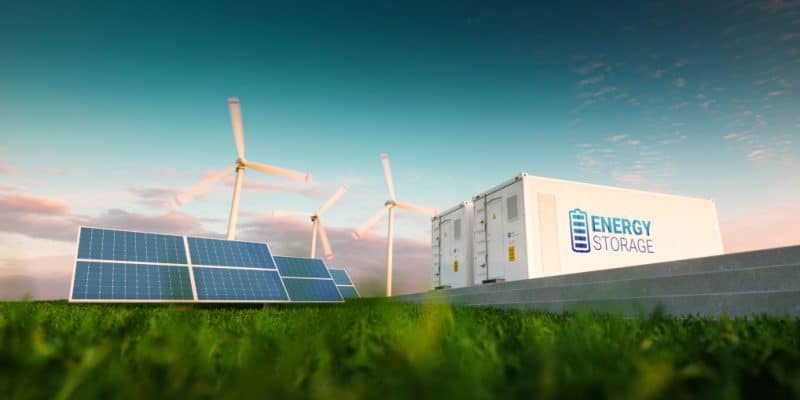 Renewable energy producer Kibo Energy has entered into a partnership with Enerox, the developer of the CellCube brand. The agreement covers the sale and installation of electricity storage systems in Southern Africa.

Kibo Energy is diversifying its activities in Africa. The Irish-based company has signed an agreement with CellCube, a company based in Wiener Neudorf, Austria. The partnership between the Enerox Group subsidiary and Kibo Energy covers the marketing, sales, configuration and delivery of electricity storage systems. Under the brand name CellCube, the Austrian company Enerox has developed vanadium redox flow batteries (VFRB). Unlike the lithium-ion storage technology currently widely deployed in Africa, VFRB is an electrochemical battery using vanadium connections in a liquid electrolyte as the active material for energy storage.

The 5-year partnership with Kibo Energy aims at a storage capacity of 1,000 MW of electricity. These systems will be deployed in the Southern African Development Community (SADC). This sub-regional integration zone is made up of Angola, Botswana, the Union of the Comoros, the Democratic Republic of Congo (DRC), Eswatini, Lesotho, Madagascar, Malawi, Mauritius, Mozambique, Namibia, Seychelles, South Africa, Tanzania, Zambia and Zimbabwe.

Most of these countries have oriented their energy policies towards renewable energies, which require storage facilities for optimal use. However, the partnership between Kibo Energy and Enerox does not extend to utility projects. Instead, the partnership targets the “microgrid sector rather than large-scale power generation projects, as the supply chain has not yet reached cruising speed for vanadium batteries”, explains Alexander Schoenfeldt, CellCube’s managing director.

The partnership comes just weeks after Kibo Energy took over the Victoria Falls solar project in Zimbabwe. This 100 MWp solar power plant is not expected to be equipped with VFRBs. However, these electricity storage facilities could benefit other Kibo Energy projects in southern Africa. The company, which is listed on the London Stock Exchange and the Johannesburg Stock Exchange, wants to provide clean energy solutions to power shopping centres and telecommunication towers. Battery storage can be an alternative to diesel-powered backup generators.